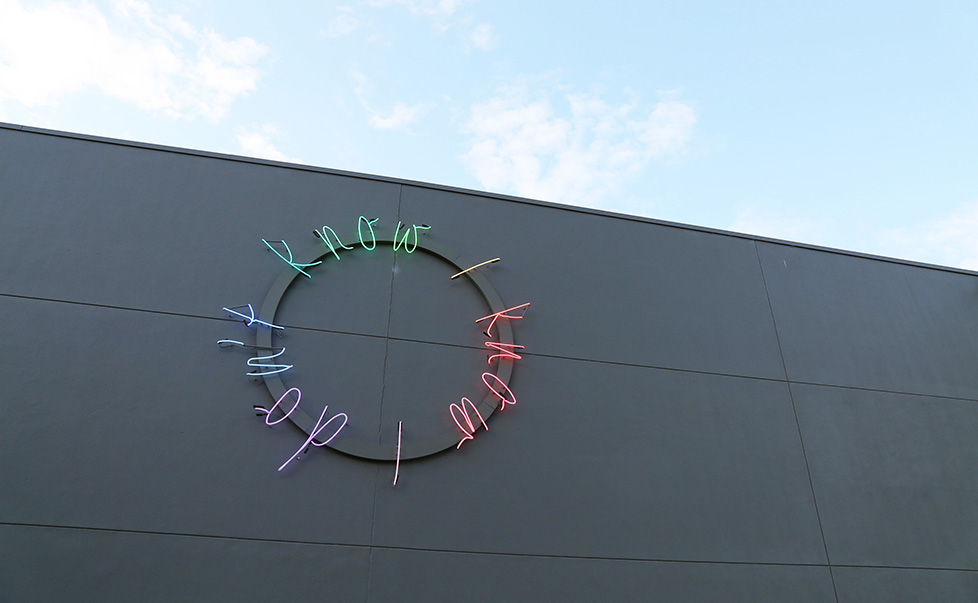 I know I don't know is an animated neon work that reflects the complex, contradictory processes of learning. Located on the façade of the Faculty of Science eastern Lecture Theatre, this illuminated, circular, text-based work plays with language, self-talk and the experience – both the triumphs and crises – of acquiring knowledge. Bufardeci has animated the work through illuminating a cycle of words and letters, ‘I don’t know’; ‘I know’; ‘I don’t know I know’ ; and ‘I know I don’t know’. The work suggests that the states of knowing and not-knowing are intertwined, if not co-constitutive. The neon’s flickering quality acts as a metaphor for the brain – its circuits and synapses – and the self, as it grapples to make sense of the world. 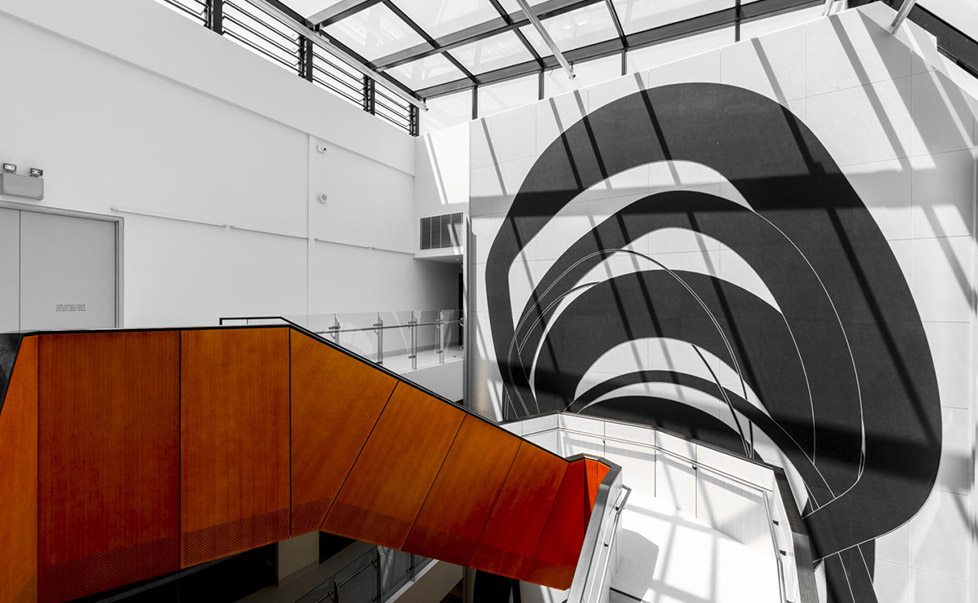 Displayed on the wall of the internal stairwell in the Green Chemical Futures Building, Louise Bufardeci’s work consists of over forty-three printed and laser-cut polyester panels made from recycled PET plastic drinking bottles assembled into a seamless graphic form. This large-scale work, 20 metres in height, creates a dynamic, swirling mass of lines that snake and twist. Bufardeci designed the work to be integrated into the building’s internal structure. The work’s sinuous black and grey lines fold in on themselves in three separate but interrelated vortexes that provide  a powerful counterpoint to the architecture’s predominantly linear design. A meditation on scale, Bufardeci has described the work as being an attempt to represent the un-representable.

'In this all-inclusive and imaginary view, the universe – one of the largest known entities – folds in on itself and devolves into a string – one of the smallest known entities. These largely hidden spatial dimensions are united by their representation in a flat swirling spiral that weaves in and out of itself and the architecture. As an artist’s impression, the design is playful yet earnest in its attempt to represent the un-representable.'