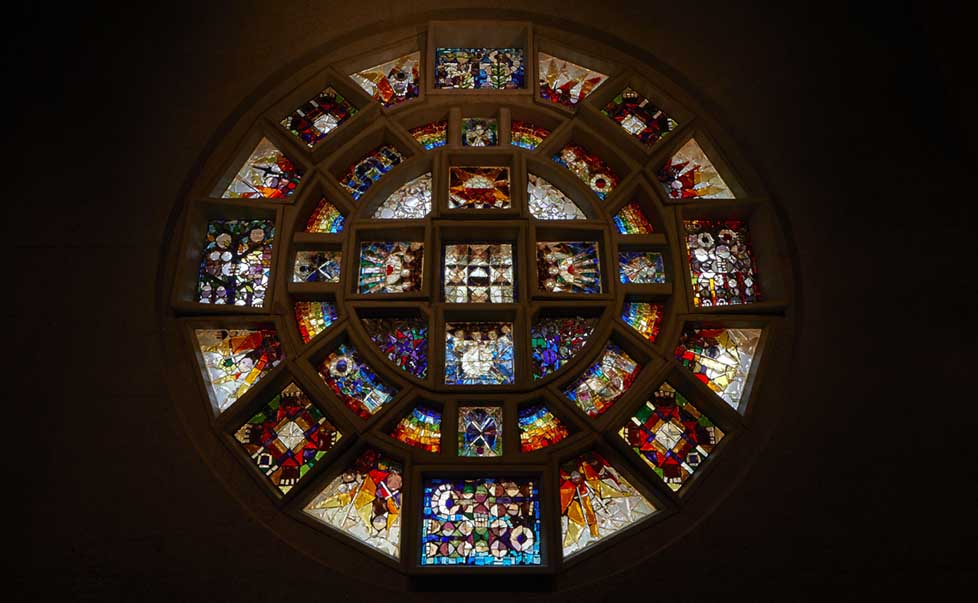 Intersections between spirituality, beauty and modernity figure in Leonard French’s majestic stained glass work, Alpha and omega of 1969-70. Commissioned to adorn the western aspect of the Robert Blackwood Hall designed by Roy Grounds, the window was a gift of Sir Lindesay Clark, a Monash benefactor and engineer. The work draws its title from the first and last letters of the Greek alphabet, and also  from biblical references. French’s reassembled hand-shattered glass was made in a predominantly Christian context and creates an ecclesiastic image by the dramatic use of colour and light.