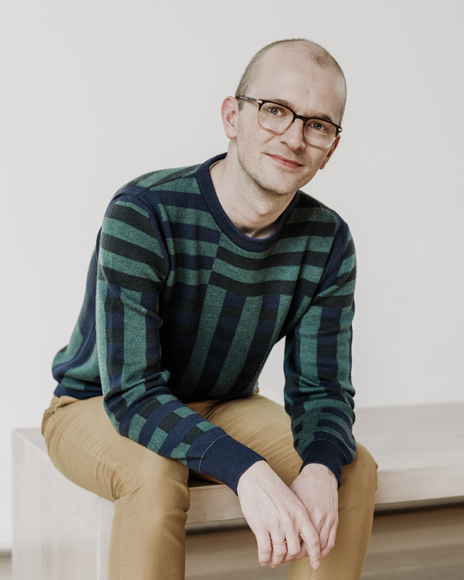 Date and mode of delivery to be confirmed

MUMA will present a special talk by Hendrik Folkerts, Dittmer Curator of Contemporary Art at the Art Institute of Chicago, as part of the writing and publication series WRITING & CONCEPTS.

In the context of Samson Young's solo exhibition Real Music at MUMA, Hendrik Folkerts will provide an introduction to the visual score. Traditionally, the score is a notational document that uses a specific language (musical symbols) to determine the execution of a live performance: its rhythms, pitches and chords. Over the past six decades, artists and composers have challenged such processes of signification by creating graphic or visual scores, introducing ‘languages’ that are not collectively agreed upon and thus open for radical interpretation. This development does not only open up the score for use within various contexts beyond music performance, but also expands its meaning as a device that trans-acts between (visual) language, live performance, documentation, social organisation and space. Through various case studies, ranging from the 1960s until the present moment, Folkerts will argue that the score remains a key tool for destabilising meaning of what we think we read, see or hear.

Hendrik Folkerts is the Dittmer Curator of Contemporary Art at the Art Institute of Chicago. His commitment to performance and body politics, global and feminist art histories, and supporting the work of contemporary artists through the process of commissioning, unfolds in exhibitions, collection presentations, and performance and research programs at the Art Institute. Most recently, he organised Mounira Al Solh’s solo exhibition I strongly believe in our right to be frivolous (2018); Anne Imhof’s performance exhibition Sex (2019); iterations (2019–21), a series of performance commissions  by Alexandra Bachzetsis, Math Bass, Cevdet Erek, Ralph Lemon, Paulina Olowska, Cally Spooner, and Evelyn T. Wang; a solo presentation by pioneering performance and video artist Vaginal Davis, entitled The White to be Angry (2020); Malangatana: Mozambique Modern,an exhibition featuring the work of Malangatana Ngwenya, one of Mozambique’s most important modern artists (2020); and a solo exhibition of Cape Town-based artist Igshaan Adams, planned for 2022.

Prior to joining the Art Institute, he was a curator at documenta 14 (Athens and Kassel, 2017) from 2014 to 2017, and Curator of Performance, Film, and Discursive Programs at the Stedelijk Museum Amsterdam from 2010 to 2015. From 2009 to 2011, Folkerts was coordinator of the Curatorial Program at de Appel Arts Centre in Amsterdam. His texts have been published in numerous journals, magazines  and exhibition catalogues, and he is co-editor of The Shadowfiles #3: Curatorial Education (2013), Facing Forward: Art & Theory from a Future Perspective (2014) and Stedelijk Studies #3: The Place of Performance (2015).

WRITING & CONCEPTS is produced by Future Tense and moderated by Jan van Schaik and Fjorn Butler.