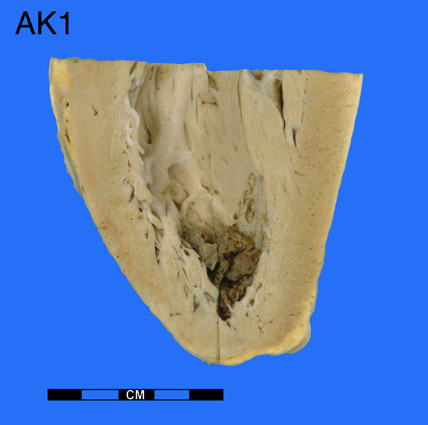 Following a myocardial infarct one year previously, this 59 year old man developed angina pectoris. He was admitted to hospital after a bout of severe chest pain and died three days later.