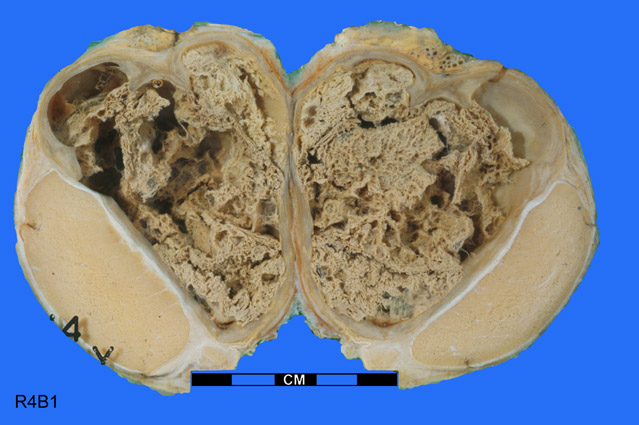 This specimen was removed at operation from a man of 46 who gave a history of trauma 3 years previously. The subsequent scrotal swelling was tapped intermittently but recurred. Finally after another tapping, he developed a hard swelling which caused considerable discomfort.

The testis and coverings have been bisected and mounted to display the cut surface. The testis is compressed by old blood clot which distends the cavity of the tunica vaginalis. The tunica itself is considerably thickened by fibrous tissue. This is an example of an old haematocoele.