Adenocarcinoma of The Common Bile Duct 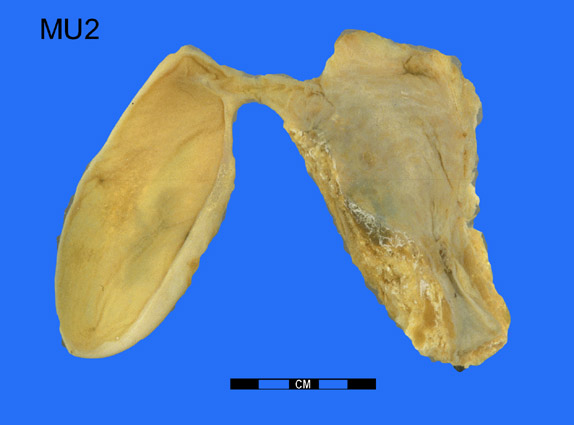 This 78 year old male presented with a story of fever of sudden onset 17 days previously, associated with rigors, shivers and sweats. His urine was dark and his bowel motions clay coloured. There was no story of fat intolerance, weight loss or pain. There was a past history of tropical disease, including malaria more than thirty years ago. On examination, the patient was jaundiced, with a temperature of 38.4_C, pulse rate 100 and regular blood pressure 100/60. Four finger breadths of tender liver were palpable and there was an oval mass in the right hypochondrium. There was a steady deterioration with the development of a bleeding tendency and eventually death.