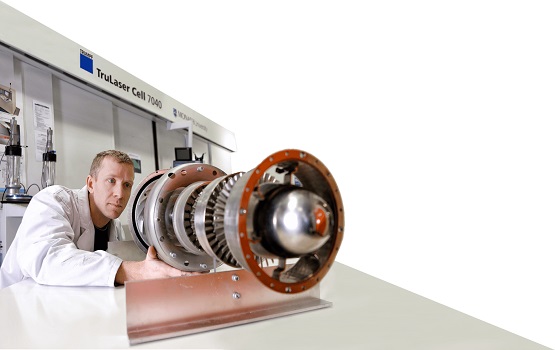 Established in 2013, through the Monash University Centre for Additive Manufacturing (MCAM), one of the world’s leading institutes for metals additive manufacturing, Amaero has grown to become a significant global player in 3D printing services, in particular for the aviation and defence sectors.

Innovyz, a South Australian-based company that specialises in helping companies commercialise innovation, has played a crucial role in Amaero’s recent development leading to the ASX listing, and will continue to be actively involved in Amaero’s development and growth.

The company is chaired by David Hanna, who is also Monash University’s Director of Business Strategy, with Barrie Finnin continuing in the role as CEO.

Amaero has just raised $8 million at 20c a share in the initial public offering (IPO), valuing the company at almost $35 million on a market capitalisation basis.

“The use of metal 3D printing is growing rapidly in the aerospace, defence, and industrial sectors with manufacturers competing to secure the latest technology to improve their product capabilities,” Mr Hanna said.

“The value of additive manufacturing is expected to jump from $8.5 billion in 2015, to $34.4 billion by 2025 and I am confident that Amaero will more than play its part.”

The majority of the company’s operations are based in Melbourne’s Notting Hill, adjacent to MCAM with which Amaero has a research services agreement. The ongoing relationship with MCAM, under the direction of one of the world’s leading researchers in additive manufacturing, Professor Xinhua Wu, will continue to give Amaero a significant edge in this rapidly developing field.

Amaero also has a manufacturing facility in Adelaide through a strategic partnership with the University of Adelaide. Additionally, via its US subsidiary AM Aero, Amaero recently established a USA facility in El Segundo, Los Angeles, providing direct access to the world’s leading aerospace, defence and industrial customers.

“Amaero’s presence in North America enables it to exploit its capabilities with direct line of sight to its defence and aerospace customers, as well as on-shoring tooling manufacturing,” Mr Finnin said.

Not only is Amaero a proven producer of complex, large format components but in October 2019, the company secured licensing rights from Monash University for two new super materials (patents pending); a high-strength titanium alloy and a new aluminium-scandium alloy; and has an exclusive USA distribution agreement for the world’s fastest laser-based power bed 3D printer.

Monash University Deputy Vice-Chancellor and Vice President (Enterprise), Professor Ken Sloan, said Amaero was just one example of how ideas born at Monash have been commercialised to make a profound change to the lives of people and communities across the world.

“Through the ingenuity of Monash researchers, including students, we’ve been able to develop research collaborations and initiatives to treat anaphylaxis, eradicate dengue fever, purify some of the world’s dirtiest water, prolong the shelf life of powdered dairy products, reduce plastic waste and solve some of Australia’s transport problems, to name a handful of examples,” Professor Sloan said.

Professor Margaret Gardner AO, President and Vice-Chancellor of Monash University, said that as one of the world’s top 100 universities, Monash continues to work with industry partners and support enterprising opportunities to drive change.

“Amaero’s listing on the ASX is a remarkable achievement for a company that developed from research application in the Monash University Centre for Additive Manufacturing just six years ago,” Professor Gardner said.

“With extensive experience in additive manufacturing, backed by cutting-edge research at Monash University, Amaero has the potential, with the right partners, to deliver world-class, transformational solutions to the aviation and defence sectors.”

DISCLAIMER: Monash Investment Holdings Pty Ltd holds a 14.21 per cent stake in Amaero and is the company’s third largest investor. Amaero conducts some of its business using technology and machinery based at Monash University.