As Brexit begins, Australia mustn’t get caught up in Britain’s post-imperial fantasies 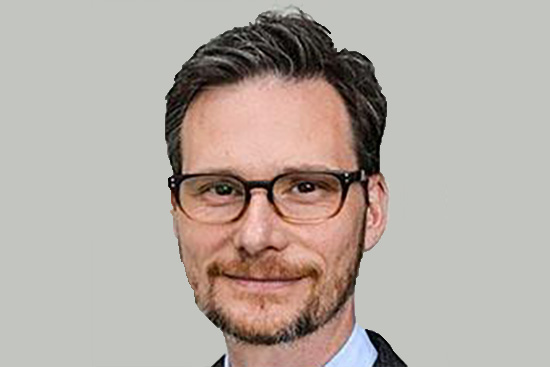 After nine months of uncertainty the moment has finally arrived: the British government will today officially serve notice that it will withdraw from the European Union.

A lot has changed since the referendum result in June 2016 ushered in a year of seismic political surprises. And despite our geographical distance, Britain leaving the EU will affect Australia substantially.

For a while we were none the wiser for new Prime Minister Theresa May’s insight. But, by January, it was clear that the UK government had opted for a “hard Brexit”. This means it will not seek to retain membership of the EU’s single market or any other part of the EU. The UK will leave the EU between now and March 2019, and it will reconstitute relations with its European neighbours on that basis.

This external reorientation has domestic costs. The past nine months have reopened up some old questions about Britain itself. The terms “Britain” and “United Kingdom” have been used in inverse proportion to the extent in which people believe in those concepts anymore.

The call for a second independence referendum in Scotland, and Sinn Fein’s gains in the Northern Ireland elections, reinforce the point that the Brexit negotiations will not only be about leaving the EU, but about keeping the UK together too.

The referendum exposed social divisions. It was carried by a largely unconscious and unanticipated electoral alliance between global free traders and poorer, less educated voters – most of whom resided in southern England.

The interests of those two groups are sharply divergent. It remains doubtful whether the even greater dose of unadulterated neoliberalism that will come with Britain’s withdrawal will make the less-well-off feel any better about their political leaders or fellow Britons.

We also have a clearer picture about who is in actually in charge in Britain: the government, parliament or the people?

Referendums are alien to the British traditions of parliamentary sovereignty and representative democracy. Yet, in some quarters, to even question the implications of the referendum resulted in denouncement.

When the Daily Mail publicly branded High Court judges as “enemies of the people” for their decision to force a parliamentary vote on Brexit, it was alarmingly resonant of revolutionary France or Bolshevik Russia. No-one had voted for the editorial board of the Daily Mail, but it felt able to speak on the electorate’s behalf.

If Britons are concerned about the influence of unelected people shaping Britain’s future, perhaps it is time for a referendum on whether England should retain the Daily Mail. Many Brexiteers fervently believe they are striking a blow for liberty by leaving the EU. If this is liberty then the cure is worse than the disease.

Amid all this, the UK government is projecting optimism on all fronts. After all, some cabinet members – if not May herself – campaigned for this outcome, even if they didn’t plan for it.

But there is a risk they believe what they are saying and have over-stated the UK’s attractiveness outside of the EU. Before the referendum governments around the world – including Australia’s – were unanimous that they wanted Britain to stay in.

What does this all mean for Australia?

All this matters to Australia because it helps explain what’s driving Brexit, and hence the unrealistic expectations that inform those drivers.

Brexiteers equate the EU with any other form of hegemonic power from Napoleonic France to Nazi Germany. But they also think people around the world really like Britain because Britain colonised them in the past. Yet not everyone in the former colonies cleaves to this view. The disappointing UK trade mission to India, where Indian officials showed scant interest in a free-trade agreement and instead wanted fewer restrictions on the movement of Indians to the UK, showed the hard road ahead.

From this side of the world “hard Brexit” can seem like an immense piece of good fortune; Australia is training the UK’s trade negotiators, after all.

The British government is desperate to do FTAs to replace its membership of the EU’s single market. Yet, as former chancellor George Osborne pointed out, signing an FTA with New Zealand isn’t going to replace the single market – which comprises 500 million people. Adding Australia won’t make much of a dent either.

But that is Britain’s problem, not Australia’s. In this sense, Britain’s difficulties are Australia’s opportunity. The main risk for Australia is that Brexit comes at a moment when – after many years – Australia will soon start FTA negotiations with the EU.

Even without the UK, this is a big prize that should not be squandered by responding to the UK’s nudge-nudge wink-wink.

For Australia, Brexit is the diplomatic equivalent of moving into a shared house with a divorcing couple. In signalling with alacrity that “Australia will be there” when it comes to an FTA with the UK, Australia must not seem too keen – lest we become embroiled in a messy divorce between the UK and the EU.

Australia loves signing an FTA, but it also loves a rules-based global order. We mustn’t get tangled up in other people’s post-imperial fantasies.

Brexit has weakened that order in Europe, where vital Australian interests remain. Australia must engage with the EU while remaining clear-eyed about the UK’s post-EU place in the world.