Astronomical discoveries that are truly out of this world 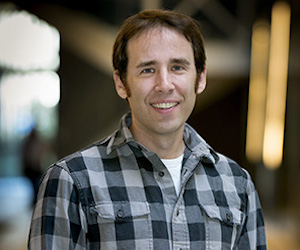 On June 15, 2016, three months after the first ever detection of gravitational waves from a merger of two black holes, ripples in the fabric of spacetime were detected for the second time by both of the twin Laser Interferometer Gravitational-Wave (LIGO) detectors in the USA.

As with the first detection, a team of LIGO Scientific Collaboration (LSC) researchers at Monash University played an important role in the design and implementation of hardware and software components associated with the detection and interpretation of this gravitational wave, and also played a key role in interpreting the data from the detectors.

Dr Eric Thrane was part of the LIGO team. Since 2011 he has co-chaired one of LIGO's four data analysis groups, studying data from the LIGO detectors. Dr Thrane joined the School of Physics and Astronomy at Monash from Caltech in early 2015. His research focus is astrophysics, cosmology, and gravitational-wave astronomy.

His Monash group also works on aspects of the detectors themselves, for example, by characterising problematic noise sources, which threaten to limit LIGO's sensitivity. He and his team demonstrated that LIGO can detect simulated gravitational wave signals introduced by shaking the mirrors. This vetting process helped ensure that the collaboration could be confident in the first discovery of gravitational waves.

The team played a key role in data analysis; observing and interpreting data generated by LIGO’s detectors in Louisiana and Washington, USA, and were also instrumental in the design of the LIGO mirrors to control their behaviour in extreme conditions and thereby significantly increase LIGOs sensitivity to faint gravitational waves.

“This is a watershed moment in the history of astronomy. LIGO's detection represents a whole new way of doing astronomy that can unlock the secrets of the universe. It has been a privilege to work with the international LIGO collaboration toward this discovery,” Dr Thrane said.

However, he described this first discovery as just the tip of the iceberg.

“The discovery of this gravitational wave suggests that merging black holes are heavier and more numerous than many researchers previously believed. This bodes well for detection of large populations of distant black holes – research carried out by our team at Monash University. It will be intriguing to see what other sources of gravitational waves are out there, waiting to be discovered,” Dr Thrane said.