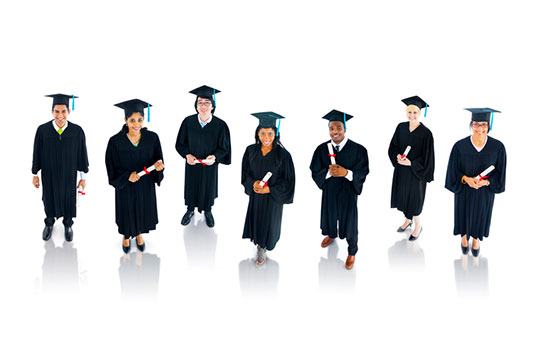 Innovation has become the mantra of the day with the launch of the recent #IdeasBoom and Australia’s National Innovation and Science Agenda.

But how effectively is Australia supporting the PhD graduates required for a successful research and development (R&D) sector?

There used to be a clear pathway for people who wanted a career in research. After finishing a PhD, they would first complete one or two postdoctoral appointments, which is a temporary job that functioned as a post-PhD apprenticeship.

The postdoc would provide the specific skills needed for entry into a government, industry or academic role.

In Australia, over the past 20 years, the average age of chief investigators receiving funding from the National Health and Medical Research Council (NHMRC) has increased substantially.

In the United States, PhD qualified graduates are skipping the postdoctoral period altogether for careers at biotech startups. Could we better prepare Australian scientists for opportunities like this?

In a recent survey conducted by the Australian Academy of Science’s Early and Mid-Career Researcher Forum (EMCR Forum) more than half of Australian postdoctoral researchers said they wanted a long-term career in research. For most, this means a research career at a university.

More than a third of the same postdoctoral researchers believed this would be unlikely, due to inadequate job security – such as short-term contracts – and a lack of funding to conduct research in Australia.

This fear is not unfounded. Success rates for the current round of NHMRC Career Development Fellowships – a major scheme supporting EMCRs in the health and medical sciences – was around 13 per cent, and only 8 per cent for women.

We rely on research to inform our local and national government policies, and we currently have a government that emphasises science, innovation and ideas. So, it is alarming that such a large proportion of the scientific sector believe they do not have a clear future in research.

More than half of the respondents thought Australian researchers had to leave to work overseas in order to be competitive for grant funding and promotion.

Working longer hours was also seen as essential for being competitive, with 39 per cent of the research hours in Australia conducted by PhD-qualified researchers for free, as unpaid overtime.

In the 2015–2016 budget, A$300 million over four years was redirected to provide operational funding to support infrastructure through the National Collaborative Research Infrastructure Strategy (NCRIS).

Each year, the Australian Government allocates block funding to higher education providers based on an equation that relies in part on research income, publications and the number of higher degree research student graduations.

Despite nearly doubling the number of higher degree research student graduates in the past 20 years in Australia, we still largely train them in the same way we always have. They expect a clear career pathway in research at a university.

There are many other opportunities for these graduates in government, industry and other non-academic sectors. But proven training for these opportunities is difficult to source.

Most PhD graduates and postdocs are unaware of professions outside of academia, and are poorly prepared to identify pathways into these careers. Funding models and the structure of most PhD programs do not support students and graduates to obtain the necessary training and experience to work in these non-academic sectors.

We need to start the conversation about switching between academia and industry in a more supported way, such as internships with industry, government and the nonprofit sector.

The Academy of Science’s EMCR Forum recently published a discussion paper for researchers and bureaucrats working within and outside the academic sector to help drive this conversation.

Celebrating and rewarding researchers who work across sectors and training higher degree research students to aim for these careers will lead to a more innovative R&D sector. This will see more opportunities for Australian taxpayers to reap the benefits of their investment in Australian research.

It will also help reduce the anxiety that many PhD students and postdocs currently feel about their future career prospects.

These graduates have high levels of transferable skills that are valuable to all workplaces. These include data collection and analysis, project and team management, problem-solving, communication and leadership.

If you’re in the market for someone to tackle an important problem, try someone with a PhD. Their evidence-based approach and advanced problem solving skills might be just what you need, and you might find hiring one to be surprisingly affordable.

This article was published on The Conversation.