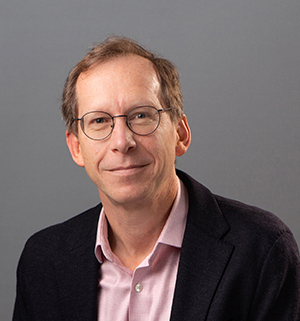 Findings of a new report by the Federal Government’s Productivity Commission into mental health were shocking and horrifying, with widespread failures extending beyond Australia’s health system, according to presiding commissioner Dr Stephen King.

In an exclusive interview with Monash Business School’s podcast, Thought Capital, Dr King has discussed how the estimated cost of mental health to the economy was “understated”; how insurers use mental health to discriminate; and how he had himself been unaware of how stigmatising mental health issues continue to be in Australia.

The 1250 page report found one in five Australians experienced mental ill-health in any year, with the annual cost of treatment, suicide, and under-performance of the mentally ill as much as $180 billion.

Dr King, an Adjunct Professor at Monash University and the former Dean of the Faculty of Business and Economics, said the estimated annual cost was  “conservative”, as it didn’t take into consideration the additional emotional, social and financial strain of the COVID-19 pandemic.

The report, tabled on 30 June and released publicly by Prime Minister Scott Morrison on 16 November 2020, made 21 recommendations and more than 100 actions to transform the Australian mental health system and reduce the risk of youth mental ill-health through early intervention strategies.

“It’s not just the health system; it is the broader system, which includes community, sports, housing, education and so on. The failures going on across the system to deal with mental health were quite shocking,” Dr King told Thought Capital.

“Almost any adjectives I come up with are going to understate the problem. There is an incredible stigma problem with mental illness in Australia. People will hide mental illness. They’ll hide it for social reasons; they fear discrimination. They fear, not just social, but also economic discrimination, for good reason.”

"If you go for, say, income protection insurance and you mention that you've seen a psychologist at any stage in your life... you could be 60 and you saw the psychologist when you were 20... you'll, in general, be refused that insurance," he said.

"If you go for travel insurance, again, they're asking questions which relate to issues that can no longer be relevant for your health, but are normal in considering mental health."

Dr King's report reveals a dearth of services for people with mild anxiety or mild depression, with an over-reliance on medication, sometimes leading to tragic consequences.

"There is some evidence suggesting we should be concerned about our level of prescribing mental health medication in Australia," he told Thought Capital.

Dr King admitted he had misunderstood aspects of the issue before embarking on the report.

"It has been a very challenging inquiry. It's been quite confronting. Understanding my own ignorance that I went into this inquiry with has been part of a personal journey, and I think all of the inquiry team had a similar experience,” he said.

However, Dr King said he heard stories of "great courage", including harrowing evidence from a husband whose wife died by suicide, leaving their two children, after experiencing side-effects that had not been made clear by medical practitioners.

"Just the courage to come forward, understanding that the system had fundamentally failed them," he said.

While Dr King acknowledges COVID-19 was perhaps the wake-up call Australia needed to improve its delivery of mental health services, he argues it’s not the bedrock upon which a new strategy can be formed.

“We know that the pandemic has significantly increased psychological distress, but you can’t design a mental health system just for a pandemic, nor can you design it for a bushfire emergency or the next drought,” he said.

“We need to make sure we design a mental health system that has the flexibility to be able to ramp up and down as needed. Our system needs to be flexible so that we can respond to the various crises that will occur in the future.”

Launched in 2018, the Thought Capital podcast is produced by Monash Business School and covers topical and thought-provoking issues that prove that business is for everyone.

Hosted by highly respected finance commentator Michael Pascoe, Season 3 takes a look at the COVID-19 pandemic, aiming to "connect the dots of COVID-19" including working from home, mental health, the economy, how small business has fared, the effects on the property market and our global trade prospects.

Download the latest edition of Thought Capital to hear this interview with Dr Stephen King.