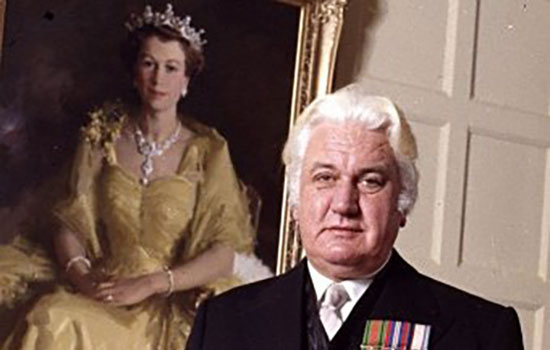 Federal Parliament has lauded a Monash University historian in seeking to unlock secret ‘Palace letters’ held by the National Archives of Australia.

The secret letters detail the correspondence between the Queen and the Governor-General, Sir John Kerr, in the lead up to Australia’s most controversial episode in political history, the 1975 Whitlam Government dismissal.

“This was the first ever parliamentary debate on the ‘Palace letters’ which are now acknowledged as key historical documents that ought not be embargoed at the behest of the Queen and should now be released as part of our national archival heritage.”

Speaking in Parliament, Shadow Attorney General the Hon Mark Dreyfus QC MP, acknowledged Professor Hocking’s role. “Professor Hocking's action supports the great tradition of transparency in this country, and she is owed a debt of gratitude for her commitment to removing ambiguity and ensuring accuracy of Australian history.”

On 11 November 1975 the Governor-General Sir John Kerr, the Queen's representative in Australia, dismissed the Prime Minister Gough Whitlam and his government from office. In the 40 years since the dismissal, further details have emerged, largely due to revelations from Kerr’s private papers, held by the National Archives of Australia.

However, unlike the rest of Kerr’s papers, Professor Hocking said the National Archives was refusing to release the correspondence between the Queen and Sir John Kerr on the grounds they were 'private' and not official Commonwealth records.

“The Palace letters are embargoed until at least 2027, with the Queen's private secretary holding a final veto over their release even after that date. It is entirely possible they will never be released.”

“These letters are the final missing piece in the puzzle of the hidden history of the dismissal,” Professor Hocking said, “and Australians should own their own history.”