Campaign prevents 1 in 6 deaths from cardiac arrest in Victoria 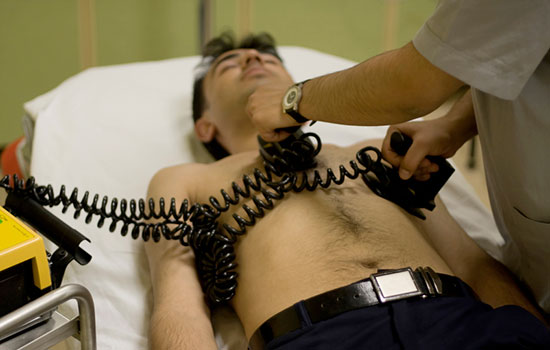 A Monash University and Ambulance Victoria co-authored study has shown The Heart Foundation’s ‘Warning Signs’ public awareness campaign has resulted in 1,300 fewer deaths from cardiac arrest in the Melbourne region between 2009 and 2013.

The groundbreaking study, conducted by Monash in partnership with Ambulance Victoria was published today in the European Heart Journal, found the ‘Warning Signs of a heart attack’ campaign was associated with a substantial reduction in the incidence of cardiac arrest in the community and associated death.

“Our research adds new insight into the positive role of public awareness campaigns and presents new opportunities to promote early recognition and medical intervention to considerably reduce the incidence of cardiac arrest in the community,” Dr Bray said.

Monash and Ambulance Victoria conducted the research with Heart Foundation Victoria through an analysis of cardiac arrest cases recorded by the Victorian Ambulance Cardiac Arrest Registry (VACAR), investigating the impact of the Heart Foundation’s ‘Warning Signs’ campaign on the incidence of, and deaths from, cardiac arrest in the city of Melbourne.

The findings have prompted the Heart Foundation to renew its call for support from the Victorian Government and donor community to invest in a new campaign to educate Victorians about the warning signs of heart attack.

“The sooner a person recognises the warning signs of heart attack and seeks medical help, the sooner treatment can be provided to give the person a greater chance of survival,” Ms Jolly said.

“These findings show us how essential public awareness campaigns are in changing people’s behaviours and health outcomes to reduce deaths from cardiac arrest.”

Ziad Nehme, Paramedic & Clinical Researcher at Ambulance Victoria, said the study demonstrated the positive outcomes of public awareness campaigns on people’s ability to prevent the impact of a cardiac arrest.

“Our study confirmed that people are able to circumvent a cardiac arrest by recognising and acting on the warning signs, and public awareness campaigns play a significant role in this outcome,” Mr Nehme said.