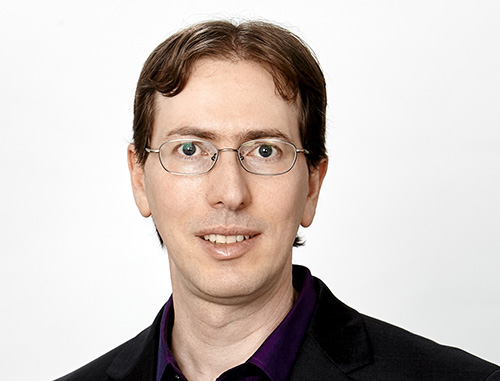 Facebook was in hot water this May over allegations of a liberal bias in its “Trending” topics feature.

This was not the first time Facebook had been accused of covertly meddling with politics.

In 2012, Facebook took heat for tweaking the news feed of 1.9 million users for increased political content. And in 2014, following a 689,000-person experiment in emotion manipulation, Clay Johnson, the co-founder of Blue State Digital, the firm that built and managed Barack Obama’s online campaign for the presidency in 2008, asked:

Could Mark Zuckerberg swing an election by promoting Upworthy [a website aggregating viral content] posts two weeks beforehand? Should that be legal?

But Facebook’s most powerful political tool may be one that’s hiding in plain sight. Consider the “I Voted” button.

The button, dubbed by Facebook a “voter megaphone”, allows users to report whether they have voted and shows which of their friends have also voted.

This innocuous-looking button is a very powerful political tool.

Like almost any feature on any commercial website, Facebook’s voter megaphone is used for controlled interventional experiments.

Facebook deployed the button in a massive experiment in the 2010 US congressional elections.

Versions of the button, or no button at all, were shown to 61 million people in a joint study of the University of California, San Diego, with Facebook data scientists.

They used voting records to determine the button’s impact on real-world voting. It turns out the button’s call to action increased the total vote count by 340,000 votes.

The report on the study, published in Nature, points out that even small changes in voter turnout “could affect electoral outcomes”.

It cites the example of the 2000 US presidential race, in which George W. Bush beat Al Gore in Florida by a mere 537 votes. Had Gore carried Florida he would have won the presidential election.

Can the megaphone impact elections?

If Facebook was willing to risk losing its party-neutral image, affecting election outcomes with a tool that enhances voting would have been straightforward.

Studies have shown that determining the political leanings of Facebook users is easy, even for those who refrain from online political activity.

Facebook could therefore deploy the “I Voted” tool selectively only for supporters of candidates or political parties of its choosing, thereby amplifying only their votes.

This, it should be stated, would be legal, even if done covertly.

But let’s assume that Facebook would not be willing to take such a risk. Can it have an impact on elections even without giving different voters different treatment?

‘I Voted’ and bias

The report of Facebook’s 2010 study makes no mention of whether the increased voter turnout was in any way party-biased, and we have no way to check.

But from a statistical point of view it is almost impossible to introduce such a large-scale intervention in the political process without it generating some bias. It would be very surprising, and would require much explaining, if no bias were introduced.

The reason for this is that the variables involved are hardly independent.

Party affiliation is strongly correlated with other traits such as age and level of education.

These, in turn, may be correlated with one’s level of exposure to Facebook’s button or to one’s likelihood of being swayed by the online peer pressure it presents.

There is, therefore no reason to assume that the same button affects all voting groups in the same way. If the rise in votes due to the button is not perfectly uniform across all groups, this generates a bias.

The existence of a bias is not, in itself, earth-shattering. One can say, with similar justifications, that changes in the weather can influence voter turnout in ways that could affect election results.

The “I Voted” button is different from other methods Facebook has used to affect voter turnout in that it provides Facebook with individual-level voting information.

By combining the information of who voted with the information about their political leanings, Facebook is in a unique position of knowing how each button variation has affected each voting group.

As a result, Facebook can predict which biases would be caused by applying each of the button variations across all voters in future elections.

For example, Facebook may choose to use or not to use the voter megaphone in the US presidential election this November, a battle between Republican Donald Trump and Democrat Hillary Clinton.

Because Facebook knows which of these two possible actions will benefit which party, the choice ceases to be unbiased. The very collection of the data has made Facebook a political player.

The choice of on or off is only a simple example of intentional bias. Suppose there are differences in time-of-day voting patterns between parties. Choosing to make the button appear only late in the afternoon (as Facebook did for some users in the 2012 presidential race) gives a finer level of control over the bias created.

In March, when Facebook employees posed to Mark Zuckerberg the question “What responsibility does Facebook have to help prevent President Trump in 2017?”, it was not about ability. As we have established, Facebook can influence the turnout in elections.

But if Facebook can control millions of votes with the literal press of a button, is that still democracy?