Coles wants $1 maximum bets for pokies – so why won’t the pokie-makers play ball? 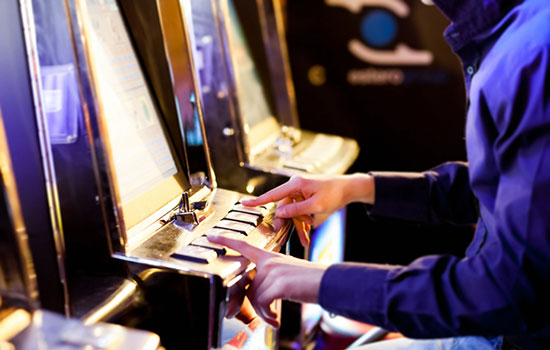 Wesfarmers, operator of Coles and other retail brands, reportedly wants to pursue harm-prevention modifications to its poker machines. It has asked five pokie manufacturers, including Aristocrat Leisure, for help in trying out games with a maximum bet of A$1.

All have refused, apparently citing costs.

Woolworths, through its subsidiary ALH Limited, operates more than 12,000 pokies across Australia. Net revenue from these is around $1.1 billion per year; the business is a 75:25 partnership with the Mathieson family’s businesses.

Coles’ revenue from its machines is much lower – around $185 million.

Pokies are great money-spinners for hotels, clubs and casinos in Australia, and increasingly internationally. But the technology behind them is not particularly novel. Contemporary pokies are quite straightforward computers, albeit housed in a novel case and with a customised display.

What makes them different is their software, which uses well-established psychological principles to make them “attractive” to punters.

But the features that make pokies “attractive” also make them addictive. The Productivity Commission has estimated that 42% of pokie revenue comes from people with a serious pokie addiction – and another 20% comes from those with a developing habit.

Manufacturers have acted in the past

Given pokies’ computerised basis, the manufacturers’ refusal to work with Coles is remarkable.

Like all companies in the business, Aristocrat Leisure prides itself on its innovative capacity. Through its then-European subsidiary Aristocrat Lotteries, Aristocrat developed and provided the Multix game terminal to Norsk Tipping, the Norwegian gambling operator, from 2008 onwards. Aristocrat sold the business in 2014.

The interesting aspect of the Multix terminal is that it was intended to provide a much safer and less harmful slot-machine-like product. These replaced the existing slots, which the Norwegian government nationalised and withdrew from operation in July 2007.

The machine provides a platform for multiple games, imposes a statutory limit on how much people can spend, and operates on an account-only basis. Users can track spending and reduce their daily limits if they want to be careful. Thus, it incorporates a host of consumer safety and harm minimisation/prevention measures.

Closer to home, the Victorian government introduced a reduced maximum bet limit and reduced load-up limits in 2009. Aristocrat, along with other manufacturers, had to find a solution for these new requirements. That wasn’t very difficult.

The game software required some alteration, and cabinet artwork had to be reconfigured in some cases. It cost somewhere in the tens of millions, but there were no publicly aired complaints and it was implemented smoothly. For a business that makes around $2.6 billion a year, that was small change.

The Tasmanian pokie industry has recently undergone a similar transformation, again without too much fuss.

Perhaps the reduction from $10 bets to $5 bets didn’t threaten the industry too much. And reducing the load-up limit from $9,949 to $1,000 in Victoria was a no-brainer.

Why won’t the manufacturers play ball?

There may be many reasons for the manufacturers’ refusal to agree to Coles’ request, but it is clear the vanguard for the Australian pokie industry lies in New South Wales – particularly with lobby group ClubsNSW. Club businesses operate 70% of NSW’s 95,000 pokies. These made their operators $5.8 billion in 2014-15, of which the clubs made around $4 billion.

Pokie games are upgraded regularly, and the machines themselves tend to be turned over every five years or so. Even putting aside maintenance and upgrades, selling around 20,000 machines every year to clubs and pubs in NSW would earn the manufacturers around $500 million. So, losing a share of that business would be something to avoid.

A successful trial of $1 bets could demonstrate that pokie harm could be reduced. If that occurred, the revenue model for NSW club businesses that rely heavily on pokie revenue would be rattled.

When the Productivity Commission recommended $1 maximum bets and pre-commitment as likely good responses to pokie addiction and harm, the gambling industry, led by ClubsNSW, railed against them as unproven and experimental.

That wasn’t true, even then, as the industry well knows – it funded the original research. But why not seize the opportunity to acquire some more useful evidence through a trial?

The harm pokies cause is widespread and tends to affect those already under significant stress. Moving to $1 bets is a good first step toward reducing this harm, and Coles acknowledges it can’t continue in this business unless it finds a way to reduce avoidable harm.

There are many other ways to limit harm, however, as the manufacturers know full well. They’ve been innovating to make their products as “attractive” as possible for the last 100 years or so.

If they wanted to, they could also lead the way in making machines safe, and fun. Perhaps the super profits might be wound back. The operators would be able to claim they really do care about their customers’ wellbeing.

Clearly, that’s a claim Coles is keen to make. The manufacturers? Maybe not so much.

Charles Livingstone is a Senior Lecturer in the School of Public Health and Preventive Medicine, Monash University.

This article was published in The Conversation