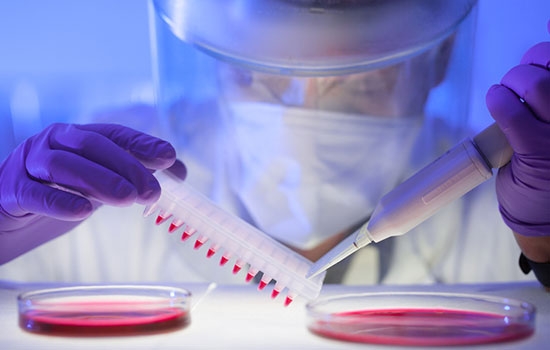 Researchers at Monash University and Peter MacCallum Cancer Centre have identified for the first time how a new class of epigenetic drug engages with the immune system to kill off cancer cells, offering powerful new pathways for enhanced blood cancer therapies.

BET-inhibitors are a relatively new class of drug which work to ‘switch off’ important cancer-causing genes expressed within tumour cells. International clinical trials of BET-inhibitors for the treatment of blood cancers, such as Acute Myeloid Leukaemia, are now underway including at Monash and Peter Mac.  However to date, this research has focused on the direct effects of the drugs in inducing cancer cell death and understanding how resistance emerges.

In research published today in Cell Reports, the team at Peter Mac and Monash have demonstrated the potential for combining ground-breaking epigenetic and immune-based treatments for more potent results.

Experiments conducted as part of the research, showed that immune-competent mice with lymphoma had a far greater response to BET-inhibitors than their immune-deficient counterparts.

The power of an activated immune system in eliminating tumour cells has been proven through ‘blockbuster’ drugs such as ‘Keytruda’ and ‘Opdivo’, which also target the PD-L1 pathway. Building on this knowledge, this research confirmed that the combinations of BET-inhibitor with other immune therapies work better in lymphoma than either therapy alone.

Based on laboratory research performed at Peter Mac, the Monash team is currently trialling a combination of a different epigenetic drug called Dinaciclib with the anti-PD1 therapy, Keytruda in relapsed lymphoma, myeloma and chronic lymphocytic leukaemia with further clinical trials for the combination therapy likely to emerge as a result of this research.