Critical weapon in the fight against Zika to target Latin America 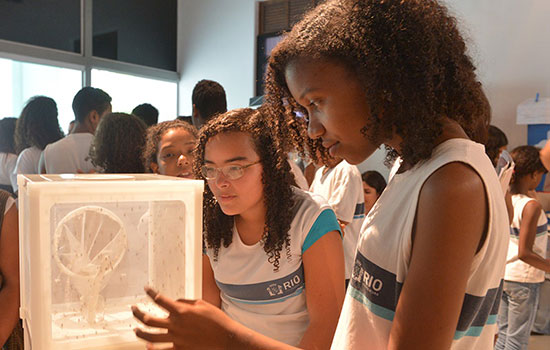 Students learn how mosquitoes with Wolbachia can block transmission of mosquito-borne viruses as part of the Eliminate Dengue project in Brazil. Source: Eliminate Dengue/Fiocruz

International research led by Monash University will be expanded in Colombia and Brazil following the announcement today of USD18 million to combat Zika and other mosquito-borne viruses in Latin America.

The funding from the U.S. and U.K. Governments, Wellcome and the Bill & Melinda Gates Foundation will be used to scale up an innovative mosquito control method using naturally occurring Wolbachia bacteria.

The Eliminate Dengue Program, led from Monash University as part of the Institute of Vector-Borne Disease has successfully transferred Wolbachia from other insects into Aedes aegypti mosquitoes and has shown that when Wolbachia is present in the mosquito it reduces the mosquito’s ability to transmit dengue, Zika and other viruses.

“We are incredibly grateful to our funding partners for enabling us to expand this research across two large urban areas vulnerable to mosquito-transmitted disease,” he said.

“The Gates Foundation and Wellcome have supported our work since 2005 and their ongoing commitment, along with support from new donors and local governments, is pivotal to us moving from small trials to large city-wide deployment and reducing the spread of mosquito-borne viruses.”

Funding announced today will finance the rapid scale-up of Wolbachia deployments in Latin America, commencing in early 2017. Wolbachia coverage will be extended across Bello and other parts of Antioquia and across parts of the greater Rio de Janeiro area.

The project in Rio de Janeiro is part of an ongoing partnership with Brazil’s Oswaldo Cruz Foundation (Fiocruz), which has received additional funding of USD $3.7 million from the Brazilian Ministry of Health, and further in-kind contributions from municipalities in Brazil.