Dodgy claims for complementary medicines? Here’s how the drug watchdog could have more bite 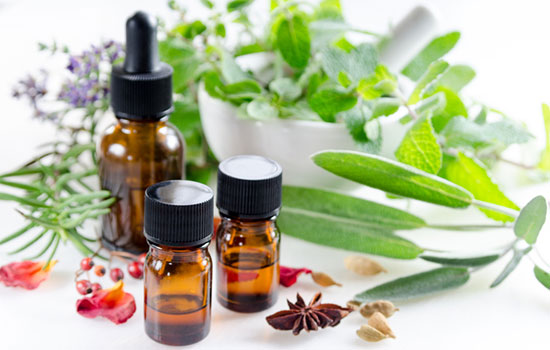 Complementary medicine suppliers are getting away with breaching advertising requirements because Australia’s medicines regulatory authority has no bite, new data confirms.

This means consumers can have little confidence in advertising claims for listed medicines, mainly complementary medicines like herbal, vitamin and mineral supplements.

Instead, we need a robust regulatory system that protects consumers against misleading and deceptive statements.

In 2015-16, the independent Therapeutic Goods Advertising Complaints Resolution Panel found 98 per cent of 141 complaints justified. When the panel requested suppliers fix their breaches, in 40 per cent of cases they refused to do so. This is because the panel has no power to enforce its determinations. These statistics are a sad reflection on the failure of the regulators to bring the complementary medicines industry into check over many years.

In mid-2015, the Expert Review of Medicines and Medical Devices Regulation made seven recommendations about regulation of therapeutic goods advertising.

In September 2016, the government accepted all seven recommendations. The TGA is now consulting with the public about how to implement these. These are the three most important.

One recommendation is to abandon the process of pre-approving adverts for therapeutic products in favour of a more self-regulatory regime.

Currently, two industry associations pre-approve advertisements for listed products, but these are limited to medicines advertised to the public in “specified media”, mainly television, radio and print advertisements, not the internet.

So why should we be concerned? The pre-approval process is efficient; it reviews about 2,000 advertisements a year with an average turnaround time of seven days. Most advertisements reviewed need changes to avoid breaches; sometimes wholesale revisions are needed. Pre-approval is the only defence between a misleading advertisement on prime-time television and the unwitting consumer. Other avenues such as complaints and post-marketing reviews take a long time to remove such advertisements.

A better alternative to abandoning pre-approval is to extend the process to all advertisements for complementary medicines in all media. Prevention is better than cure.

The self-regulatory regime the government favours is unlikely to be effective as not all companies are members of an industry association, so not all can be self-regulated.

How to manage complaints?

Another recommendation is for a new body to manage complaints about advertising of therapeutic goods. The controversy is about who should manage and be involved in the new system, which is important because current bodies differ in how effectively they resolve complaints.

The TGA seems to be positioning itself to take over. This would involve acquiring similar powers to the Australian Competition and Consumer Commission (ACCC) and abolishing existing bodies such as the complaints panel.

In doing so, the TGA would take over a role once shared with stakeholders (consumer, health professional, industry and media organisations). There is additional concern the TGA lacks a consumer protection culture, is perceived to be too close to industry, has failed to address long-standing problems, and is not transparent about the outcomes of complaints it handles.

Some vocal groups advocate handing the complaint system to the ACCC. The ACCC has a consumer protection culture, excellent investigative and compliance powers under Australian Consumer Law and the necessary legal expertise. It has also taken on several cases involving the advertising of therapeutic goods, for example Nurofen targeted pain relief and Homeopathy Plus!.

But the ACCC receives many thousands of complaints a year covering a wide range of areas. Given current resources it can only pursue a small number of cases through the courts. Moving the complaint system to the ACCC would mean most complaints would not be dealt with, effectively providing no controls. The ACCC has also consistently argued that where there is a need for specialist regulators, they should not be rolled into the ACCC.

A more innovative suggestion is closer partnership between the ACCC and the TGA in the transition to, and in the initial phase of, a new complaint system. This could involve seconding a senior enforcement manager from the ACCC to the TGA to oversee the new system (and change the TGA’s culture, as outlined above) while keeping the best of the current system and fixing its flaws.

The third recommendation is for legislative power to impose substantial fines and the publication of retractions as ways of enforcing determinations against misleading advertising. This is long overdue as any sanctions and penalties must be sufficient to counter the commercial return from breaching the regulations.