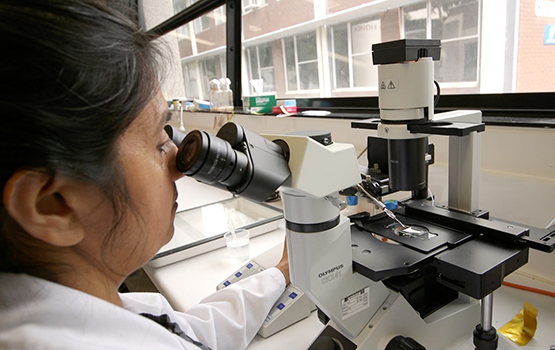 In partnership with the Indian Council of Medical Research (ICMR), EDP aims to work with the Indian Government to find a sustainable solution to the burden of mosquito-borne viruses.

Program Lead Professor Scott O’Neill said the partnership presents an important opportunity to expand the impact of EDP’s innovative technology and help more communities in need. “We’re very pleased to collaborate with the highly respected ICMR to bring this research to India. The disease burden in India is considerable and like many countries, India faces an extraordinary challenge with current forms of control unable to stop the spread of these viruses,” Professor O’Neill said.

An initial research phase will be conducted at the ICMR’s Vector Control Research Centre (VCRC) in Puducherry, South India, with laboratory studies to examine the impact of Wolbachia on dengue and chikungunya viruses in India.

Professor O’Neill said dengue outbreaks in India place a significant burden on communities and local health systems and that EDP’s approach offers an affordable long-term solution to provincial and national health departments. “Our natural, self-sustaining method removes the need for governments to find ongoing funding for expensive vector control strategies as we currently work towards a deployment model in large urban settings that only costs one US dollar per person,” Professor O’Neill said.

The new partnership represents a significant expansion for EDP as India joins Brazil, Australia, Indonesia, Vietnam and Colombia to become the sixth country in the non-for-profit, global health initiative. Since 2011, field trials using this method have shown that when a high proportion of mosquitoes in an area carry Wolbachia, local transmission of viruses is stopped.

Wolbachia is already present in up to 60% of all insect species worldwide, and research has shown that it can significantly reduce the capacity of mosquitoes to transmit viruses to humans. However, Wolbachia does not occur naturally in Aedes aegypti, the mosquito species primarily responsible for transmitting an array of debilitating and sometimes deadly diseases, including Zika, dengue fever, chikungunya, and yellow fever.

Over the past decade, the Eliminate Dengue Program has refined a method to transfer Wolbachia into Aedes aegypti mosquitoes. When mosquitoes with Wolbachia are released into an area, they breed with local mosquitoes and pass the bacteria to their offspring. Within a few months, the majority of mosquitoes carry Wolbachia and this effect is then self-sustaining without the need for further releases. This natural approach to prevent transmission of Aedes aegypti transmitted viruses is an alternative to mosquito population suppression.

In March 2016, the World Health Organization convened a Vector Control Advisory Group (VCAG) to review options for mosquito control in response to Zika. The group issued a statement, which recommended pilot deployments of the Eliminate Dengue Program’s Wolbachia method.