Ethnically diverse suburbs key to acceptance of migrants in Melbourne 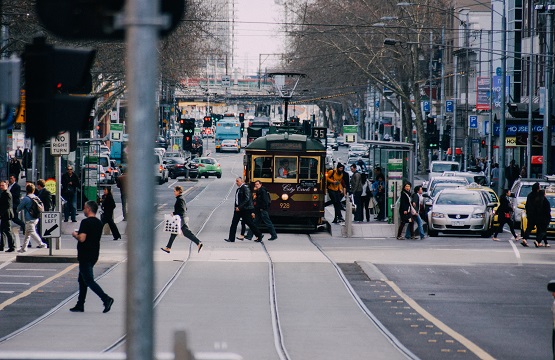 A study of 2,500 people across 148 neighbourhoods in Melbourne, published in the report Understanding the Context of Racial and Cultural Exclusivism: A Study of Melbourne Neighbourhoods, found neighbourhood ethnic diversity directly correlated with greater acceptance of migrants.

With Australia – and the rest of the world – experiencing one of the most significant social, economic and health crises in history, the report’s findings and recommendations have been labelled “crucial” by its authors.

Researchers found people are more likely to endorse exclusionary actions towards migrants if they anticipate rejection from people who are ethnically different to them, of particular note during times of social change.

The report was led by Associate Professor Rebecca Wickes, Director of the Monash Migration and Inclusion Centre (MMIC) in the Faculty of Arts and supported by fellow researchers from MMIC and representatives from Deakin University, Australian Catholic University and the Australian Multicultural Foundation.

Associate Professor Wickes said creating and sustaining a welcoming culture during the COVID-19 pandemic was “ever more pressing”.

“There are already signs that racial and ethnic discrimination is on the rise,” she said. “Reported increases of racially motivated abuse, particularly against Asian Australians, paints a clear picture of how fear and uncertainty can lead to the unfair targeting of particular ethnic communities.

“It also demonstrates how easily social groups can be labelled as the ‘cause’ of a particular problem.”

Researchers found one in six people reported anger towards Muslims and Africans, one in four reported low warmth towards these groups and two-thirds of respondents believe immigrants should conform to Australian cultural norms.

The report reiterated previously known attitudes about migrants - including that someone’s age, level of education and political preferences can influence how they feel:

The authors of the report provided a number of recommendations to community and government organisations to assist in the creation of a welcoming infrastructure, including:

“In the aftermath of COVID-19, only a united front where people from every background work hand-in-hand will help to solve this humanitarian crisis,” Associate Professor Wickes said.

“Perhaps this experience can help people look past their differences and instead focus on their shared and linked lives.”

The research was granted funding via the Victorian Government’s Social Cohesion Research Grants Program administered through the Department of Premier and Cabinet.