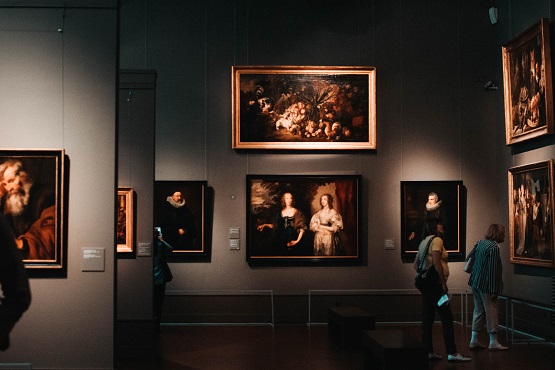 Women artists are being excluded from the top echelons of the art market and fail to attract high selling prices, new research by Monash University shows.

They say a picture is worth a thousand words. However, many women artists – and the stories their works tell – comprise less than 4 per cent of total art sold at auction and fail to attract high selling prices compared to male artists.

A world-first international study by researchers at Monash University, Maastricht University (The Netherlands) and Artnet Worldwide, based in New York City, found that a staggering 96.1 per cent (2,572,346) of all artworks sold at auctions worldwide between 2000 and 2017 are attributed to male artists.

However, work by female artists are on average 4.4 per cent more expensive after controlling for artwork and transaction characteristics. This factor contributes to higher barriers for women to enter the art market, researchers say.

Despite commanding a higher average price for their work, women artists are almost exclusively absent from the top echelons of the total value of art sold at auction. Forty-two men occupy the top 0.03 per cent of the market, where 40 per cent of the sales value is concentrated. Just one woman artist, Joan Mitchell, cracks the top 50.

Findings of this study were published in the Journal of Cultural Economics.

Dr Marina Gertsberg, Lecturer in Banking & Finance in the Monash Business School and co-author of the study, said even with a near equal share of women and men pursuing fine art degrees, women find it more difficult to turn that interest into saleable artwork.

“Women might feel discouraged by their market prospects at the very top, or they might experience discrimination by dealers and buyers who ascribe higher potential to men at the very top. Increasing the visibility of female artists and giving them the chance to compete early on in their careers is therefore most important in improving female representation,” Dr Gertsberg said.

“There is currently some movement in this direction. Museums and galleries are increasing the share of female artists on display. This helps buyers to be acquainted with female art and gain more confidence in it.

At the same time, Dr Gertsberg says it is important not to segregate female and male artists.

“For example, ‘women-only’ exhibits do not allow the audience to compare artworks by males and females and pushes female art to a niche category. Women should be given the chance to compete side-by-side with men,” she said.

“The fact that the auction prices are higher for artwork by women than artwork by men, after accounting for artwork style and other characteristics that affect prices, shows that women can compete in the market when given the chance.”

This investigation considered the prices paid at auction for artworks created by male and female artists based on birth-identified sex, and how these prices have evolved over time.

Their dataset comprised almost the full population of global art auction transactions from 2000 to 2017, covering more than 1800 auction houses.

While there are about 110,938 male artists with work on display and up for auction at major galleries, there are only 5612 female artists present. The proportion of female artists is highest for contemporary art (9.3 per cent) and the least for artwork from the ‘old masters’ period (2.9 per cent).

Dr Gertsberg said the career trajectories of female and male artists are likely to diverge very early, and in order to formulate policy, it is important to identify when female artists encounter barriers that forces them to drop out of the profession.

“The fact that we observe higher median prices for female artists indicates that buyers perceive quality of artworks by female artists as overall better than the artworks of male artists. We would not expect this difference in quality if men and women faced the same difficulty in entering the market,” Dr Gertsberg said.

“It might seem counterintuitive, but we would like to see the average price for artworks produced by women fall to the level of men. This would imply that the quality of male and female artists is similar and suggest that the playing field is truly equal.”