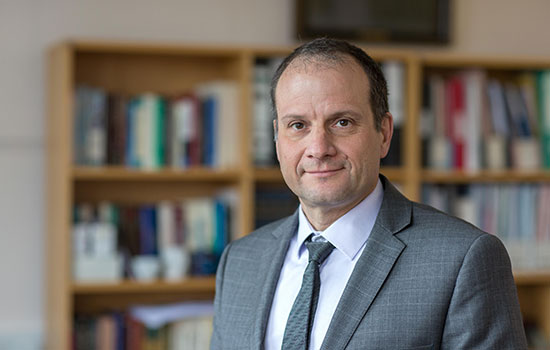 Monash University is pleased to announce the further appointment of Professor Jordan Nash as Dean of the Faculty of Science.

Professor Nash’s vision has delivered outstanding achievements across the Faculty of Science during his deanship, including a marked improvement in international and local rankings, with Monash University now recognised as the best university in Australia for Chemistry (Academic Ranking of World Universities, 2022), and equal 37th in the world (QS Subject Rankings, 2022), in addition to equal 35th in the world for Materials Science (QS Subject Rankings, 2022).

Under Professor Nash’s leadership, the faculty has experienced sustained research funding growth, including a record of more than $11 million awarded to researchers within the Faculty of Science for Australian Research Council Discovery Projects in January this year – an increase of more than $2 million on the previous funding round.

As Dean, Professor Nash co-founded the University’s Data Futures Institute which launched in 2019. Using data-driven artificial intelligence (AI) for social good, the Institute brings together a community of researchers from all faculties, campuses and affiliates worldwide to support the transformation of governance and policy, sustainable development and health sciences. The Institute’s flagship research projects have already attracted significant funding (over $13 million) from a wide range of sources, including the Australian Research Council, the National Health and Medical Research Council and international agencies such as the National Institute of Health.

During his term as Dean, Professor Nash has also ably represented Monash in its collaboration with the University of Melbourne to establish the Point Nepean Research and Education Field Station, an interdisciplinary science research and education facility.

An internationally renowned experimental particle physicist with more than 1100 publications to his name, Professor Nash received his PhD in physics from Stanford University. His leadership in significant global scientific collaborations, including the Compact Muon Solenoid experiment at the European Organisation of Nuclear Research (known as CERN) has earned Professor Nash an international reputation for excellence in education and research.

In a further term as Dean, Professor Nash’s leadership will continue to advance the faculty’s excellence in education, research and impact, and further strengthen its alignment with Impact 2030.

We congratulate Professor Nash on his reappointment as Dean, Faculty of Science and wish him well in his further term.