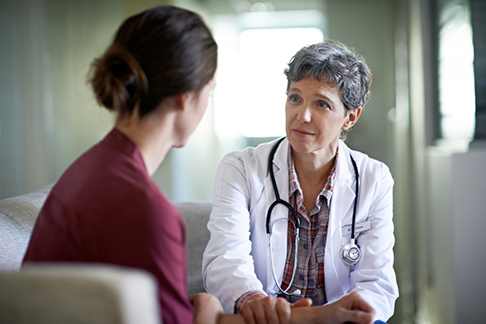 One-third of patients requesting female genital cosmetic surgery (FGCS) are younger than 18, according to a joint Monash study of Australian General Practitioners, with many GPs feeling ill-equipped to advise on the surgery.

Conducted by Monash University and the University of Melbourne, the study provides an insight into GP’s knowledge, attitudes and practice in managing patients who asked about the surgery.

The survey of 443 GPs found 97 per cent had been asked about genital ‘normality’, reflecting anxiety about this, and that more than half had seen patients requesting FGCS, ranging in age from as young as 10 years to 65 years.

Monash University’s Dr Jason Ong, who is a GP and sexual health physician, said advertisements and social media were promoting the procedures as “vaginal rejuvenation,” “designer vaginas” and “Barbie-plasty.”

“The thing that concerns me as a doctor is that a lot of these procedures are not proven as to their benefits and there are no studies about the long-term effects of having them.

“It’s important that GPs, as the first point of contact for many Australian women, are able to advise and reassure women about their genitalia,” Dr Ong said.

The popularity of FGCS is growing, mirroring trends in Britain and the US. Australian Government statistics indicate a 140 per cent increase in requests for rebatable vulvoplasty, from 640 in 2001 to more than 1500 in 2013, without a concomitant rise in genital disease diagnoses. Medicare has since reviewed the rebate for FGCS and now requires proof of a medical reason for the procedure.

Significantly, nearly half the GPs surveyed reported they had insufficient knowledge of the risks of FGCS procedures, suggesting they required greater education to support patients.

Melbourne University researcher and GP, Dr Magdalena Simonis, said: “They all felt it was a new phenomenon and felt unprepared for it.”

In the survey, GPs reported they believed their patients were influenced by fashion (appearance in clothes), comfort in clothes, perceptions of beauty and pornography, and peer group pressure. ‘Brazilians’ – women removing their pubic hair – had meant that genitalia were more visible to women and their partners.

However, more than half the GPs suspected that mental health difficulties such as depression, anxiety, relationship difficulties, partner abuse and body dysmorphic disorder in women were driving the requests for advice for FGCS.

The RACGP has produced the RACGP female genital cosmetic surgery guide for general practitioners and health professionals, which is free to download from the RACGP guidelines website.