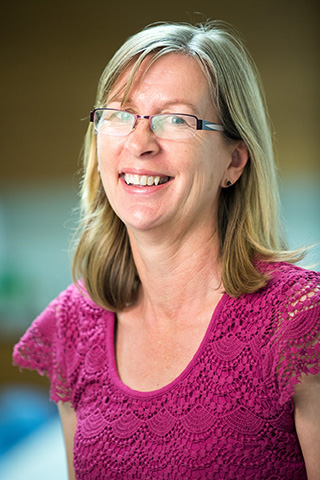 We all understand how important breastfeeding is for baby’s health. Breastfeeding mothers often receive a variety of well-intentioned advice about what and what not to eat during this period. But what does the science say?

If you look carefully at the food recommendations for breastfeeding, you will see only minor changes to the diet recommended for all healthy people. This is because during pregnancy, the body prepares for the energy cost of lactation by laying down some additional fat stores.

For the purposes of developing guidelines, breastfeeding women are assumed to produce about 780 millilitres of breast milk per day at an energy cost of 2,800 kilojoules per day. However, the additional energy requirement per day is only 2,100 kj, based on the assumption that fat stores will be used to make up the deficit.

The body also adapts to conserve energy during lactation by decreasing the basal metabolic rate. Heat production and activity levels also often drop after having a baby. In terms of food recommendations, the additional needs equate to an additional two serves of vegetables and three serves of grains per day, bringing both energy and extra nutrients.

So a salad sandwich and some crackers or a larger serve of rice with dinner would suffice. Or you might choose a bowl of soup and a bread roll.

In our nutrition-conscious world, we often assume vitamin supplements are needed during this time. Amazingly, women all over the world – even those who are quite malnourished – usually manage to breastfeed successfully due to their use of nutrient stores.

There are always exceptions; whether the nutrient stores are sufficient to support lactation will depend on diet quality and weight gain during pregnancy. It’s also important to understand more pregnancies and more breastfeeding by an individual will mean her stores will be lower.

Women who are on severe weight-loss diets and have lowered their food intake significantly during lactation have not been well-studied but older research suggests it takes a big deficit before milk production is affected.

In developing countries, there are many large-scale interventions to improve maternal nutrition when it comes to nutrients such as vitamin A, iodine, calcium, iron, protein and energy. This improves rates of death and disease for both the women and their offspring.

A recent review of maternal nutrition and breast milk composition in developed countries with healthy mothers found increased intake of nutrients does not increase the content of those nutrients in the breast milk.

There is some evidence the types of fats in a woman’s diet can influence the fatty acid profile of breast milk but generally the breast milk nutrient profile is mostly unchanged due to the use of nutrition stores.

Women on a long-term vegan diet will often have low vitamin B12 levels and this, in turn, can mean their breast milk is deficient in B12. This can cause very serious neurological issues for the baby.

As women are producing milk, we are often asked if extra calcium is needed. On average, 210mg of calcium is secreted into breast milk each day but this comes from increased levels of calcium being released from the bones of mothers, which is independent of calcium intake. In fact, six months of exclusive breastfeeding uses only 4 per cent of the body stores of calcium – another clever evolutionary human adaptation to support survival.

After months of avoiding alcohol during pregnancy, women still need to be cautious about drinking and breastfeeding. The current advice, based on the best available evidence, suggests not drinking is the safest option, particularly in the first month.

After this, it is suggested no more than two drinks are consumed at any one occasion and waiting to breastfeed will allow time for the alcohol to clear from the mother’s bloodstream and milk.

As for other drinks, the best advice is to drink to thirst – how much any individual needs will depend on climate, body size, milk production and metabolism.

For new mothers, caffeine is another consideration as they reach for coffee to help with the sleepless nights. Caffeine can enter the breast milk and newborn babies take a long time to metabolise it, however a few cups of coffee per day will probably not impact an older baby.

So what about all the advice provided on what not to eat? Foods such as cabbage, chilli, chocolate and tomato are often suggested to be avoided for a more “settled” baby.

There is in fact little evidence to support these claims. A small number of infants may have temporary intolerances to some proteins such dairy and removing this from the mother's diet might assist with symptoms. But this should be done under medical and or dietetic supervision.