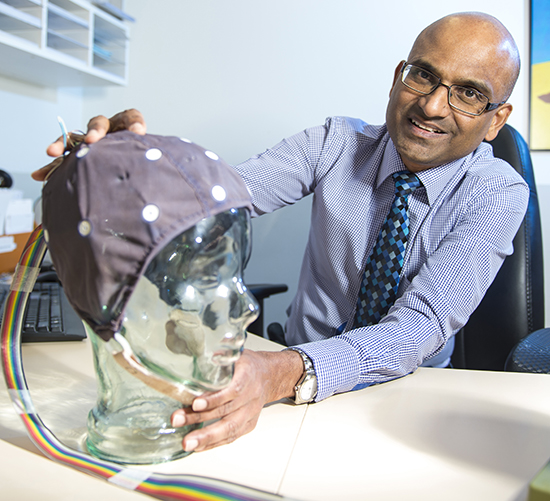 Monash researchers are studying the use of cannabis to control epileptic seizures in a leading international clinical trial that could improve the lives of people living with epilepsy.

Epilepsy affects around one per cent of the population, and 20 to 30 per cent of epilepsy patients continue to experience seizures despite taking current antiepileptic medications.  Ongoing seizures carry a risk of serious injuries, psycho-social and mental health problems and sudden death.

Studying the use of cannabis to control seizures, could bring significant benefits to those patients. Monash Medical Centre is among other Victorian hospitals participating in the large-scale, multicentre study and Associate Professor Udaya Seneviratne said cannabis had long been used for medicinal purposes.

“Many centuries ago in China, cannabis was used as a medicinal agent to treat several ailments and in the early 1800s, western medicine started using it as a painkiller.

“More recently, there has been a resurgence in interest in the use of cannabis to treat epilepsy, chronic pain, spasticity, and nausea.

Cannabis contains over 80 chemical compounds known as cannabinoids. Cannabidiol (CBD) and tetrahydrocannabinol (THC) are the most studied chemicals.

“THC has psychoactive properties producing a “high,” a property sought by recreational users, however, CBD has medicinal properties, and unlike THC, does not cause addiction,” Associate Professor Seneviratne said.

CBD has potent antiepileptic properties demonstrated in animal studies. Its value as an antiepileptic drug to control seizures has been shown in small studies in humans.

Associate Professor Seneviratne said patients with focal epilepsy who still had seizures despite taking standard antiepileptic drugs were being selected to take part in the trial.

“At the moment, we do not have sufficient evidence on the efficacy and safety of cannabis to recommend it as an antiepileptic agent to treat epilepsy.

“Both the medical community and patients are eagerly waiting for the results of this trial—it will be an important milestone in establishing the place of CBD as an antiepileptic drug, bringing hope to those living with epilepsy” he said.