Is addiction a disease or a failure of self-control? Monash hosts international debate 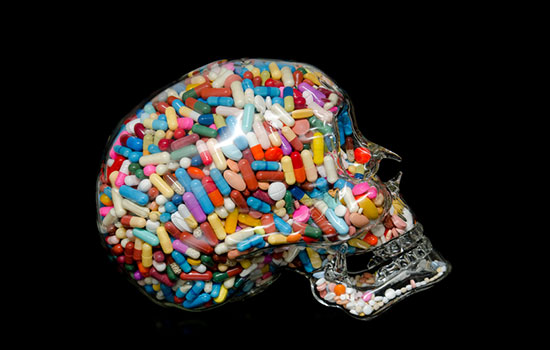 There is a growing view amongst scientists that the chronic use of drugs hijacks an addicted person’s brain, undermining their ability to control their drug use. To others, addiction is a behavioural problem that requires motivation to change.

Monash University is hosting a free public debate on this significant issue with panellists including leaders in the fields of addiction research, on Friday 21 October at Melbourne’s National Gallery of Victoria.

Monash Institute of Cognitive and Clinical Neurosciences (MICCN) Professor Murat Yucel researches the long term effects of drug use by combining advanced neuroimaging techniques (of brain anatomy, function and chemistry) with psychiatric and neuropsychological assessments to understand the biological and psychological factors that contribute to impaired self-control in addictive and mental health disorders. He believes “addiction is a real disorder warranting medical treatment, reducing the stigma and discrimination that many people with addictions experience.”

Dr Marc Lewis is a developmental neuroscientist from The Netherlands and strongly refutes this conventional disease model of addiction. He has detailed his own years of drug addiction and abuse in Memoirs of an Addicted Brain and has recently written, The Biology of Desire: Why Addiction is not a Disease, which argues that considering addiction as a disease is not only wrong, but also harmful. Rather, he argues, addiction is a behavioural problem that requires willpower and motivation to change.

The panel discussion will be moderated by psychiatrist and broadcaster Dr Steve Ellen(774 ABC Radio and 3RRR), and will also feature:

The panellists will discuss such questions as:

The evening is an initiative of the David Winston Turner Endowment Fund; a transformational philanthropic investment supporting research into obsessive-compulsive disorder and addictions.

Drugs, desire and disease: how neuroscience is changing our understanding of addiction is on 21 October 2016, 6-7pm at the National Gallery of Victoria, Clemenger Auditorium, 180 St Kilda Rd, Melbourne. The event is free but registration is required as seats are strictly limited. To book your place visit Eventbrite.