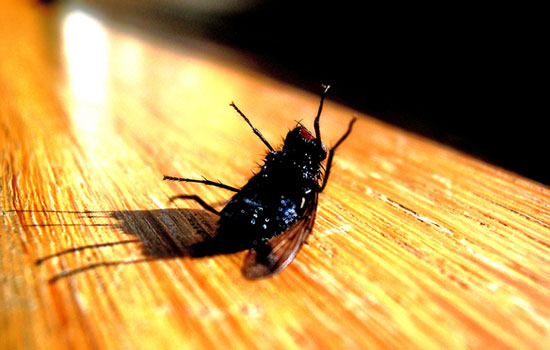 An international study involving a Monash University biologist has found that extra-long life can be achieved by combining a genetic manipulation that turns down insulin signalling with optimal diets.

The study has major implications for the way we understand how diet modifies lifespan.

“Diets rich in protein and low in carbs may reduce appetite, but they also cause short lifespan,” said one of the study’s authors, Dr Matthew Piper, from the Monash School of Biological Sciences.

“In contrast, low protein, high carb diets are associated with the longest lifespans.”

The researchers found that turning down genes to dampen insulin signalling slightly can also extend life. They used the common fruit-fly (Drosophila melanogaster) to discover that combining these treatments resulted in even longer life than by either treatment alone.

Insulin signalling is involved in processing the sugar we eat, and when defective, causes diabetes.

However, a small reduction in insulin in lab animals can extend their lives, Dr Piper explains.

“A low carbohydrate diet might help you to lose weight quickly, but it’s less conducive to a longer life,” Dr Piper said.

“We found that modifying genes involved in how food is processed can produce even bigger effects than by adjusting diet alone.

“It was previously thought insulin caused the effect of diet on ageing, but here we see it just adds to the benefits.”

The research, published in a Nature Journal is titled Aging and Mechanisms of Disease.

The study involved researchers from the Netherlands, UK, and was funded by the Biotechnology and Biological Sciences Research Council; the Royal Society, the Australian Research Council, the Network of Excellence LifeSpan, and the European Union's Seventh Framework Program.