Migrants are sacrificing their working rights because of greedy governments 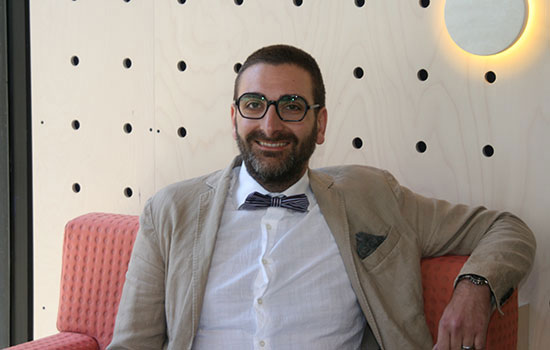 Governments want all the benefits of the free movement of goods, capital, services, ideas and labour, but tend to neglect the rights of workers. This imbalance may mean countries lose the benefits of a globalised labour movement in the end.

Migrants are commonly seen in the workplace as a swarm of locusts having vicious impacts. In terms of social justice, governments place the preservation of decent working conditions for local workers above the promotion of free human movement globally. The two issues are perceived as being at odds and irreconcilable.

In a world of severe inequality between countries and individuals, migrants can resort to sacrificing their rights in order to be able to move. They want to create the conditions for a decent life for themselves and their families.

Such a short-sighted approach from governments may end up in an awkward situation where the social costs of labour migration will no longer be sustainable, while the entire worth of social capital from migrant workers will be lost irreversibly.

A significant number of countries are closed to the permanent migration of unskilled workers. Rules concerning changes in visa status and family reunion differ widely between countries.

Most countries provide temporary residence and work permits. Some temporary schemes (including in Australia) offer a path to long-term or even permanent residence and allow foreign workers to bring in their dependents. Other governments explicitly prohibit status change and family reunion, or severely restrict them.

Human rights abuses, including non-payment of wages and sexual exploitation of domestic workers, are well documented, especially among the increasing share of women migrants originating from South Asian and Latin American countries.

In destination countries, the temporary manner of migrants' situations means they have an indentured dependence on employers to legally stay in the country, cementing their unequal bargaining power and further limiting their access to the social rights of the host country.

In addition to this, within origin (and often developing) countries, oversupply in the workforce exacerbates the lack of free mobility and facilitates the exploitation of local cheap labour by both domestic and foreign capital.

Policies regarding migration are not determined solely at the national level. Bilateral or regional agreements can have significant effects on migration flows.

There is a growing recognition that managed labour mobility is indispensable to global growth and development. Failing to recognise this will result in increased migrant smuggling, more human rights violations, and trade-distorting practices.

The need for migrant labour

In 2015, the number of international migrants worldwide was the highest ever recorded at 244 million, around 3 percent of the world population.

The number of migrants crossing borders in search of employment is expected to increase rapidly in the coming decades. This is because of an inescapable trend of trade and technology demanding higher levels of exchange from one domestic economy to another.

Considering the struggle of globalised economies to adequately match labour opportunities and social security needs locally (including in Australia), the question is no longer whether to have migration. It’s really how to manage migration effectively to enhance its positive, and reduce its negative, impacts.

Migrant workers make significant contributions to the economic growth and prosperity of host countries. When effectively managed, cross-border labour mobility can also play an important role in helping migrants acquire knowledge and skills that can promote development in the home country.

Where governments are headed now

Labour rights provisions (applicable to both local and migrant workers) are increasingly being included in free trade agreements. This is especially promoted by economically advanced countries, which claim a balanced approach to labour migration management is an essential element of good governance.

This signifies to traders and investors that the country concerned is an acceptable place to do business in the long term. It also prevents trading partners from ignoring labour regulation, as it’s in the interest of stimulating and not distorting international trade.

However, most developing countries and their advocates oppose this trend by calling into question the advanced countries’ special interests at home. Developed countries struggle against the predatory pricing policies of export-based developing economies, benefiting from lower labour rights standards.

The recent decline of the welfare state and the resulting unhappy masses means countries are not as interested in integrated and farsighted approaches to global labour migration.

Over the long term, this mismanagement of labour migration may result in sluggish economic growth, without cross-border migrant workers. Although unsustainable with current policies, migration is still necessary for maintaining the current levels of human development in destination countries.

This makes migration protectionism inadequate at both the economic and human rights level.

This article has appeared in The Conversation

This is an edited extract from Migrant Labour Law: Unfolding Justice at Work in Free Markets, by Giovanni Di Lieto.