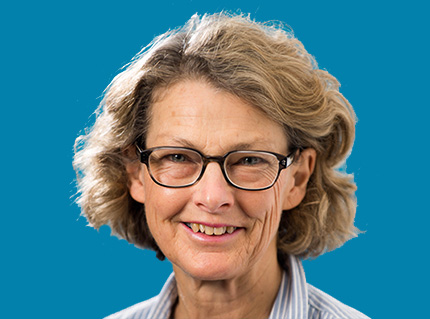 A new Monash University study that will inform cancer research has found that 15 per cent of women carry their smartphone tucked into their bra.

This is despite phone manufacturers warning customers not to store smartphones against their body.

The Monash study was published in the scientific research journal PLOS One.

Dr Mary Redmayne, an adjunct research fellow with Monash University’s School of Public Health and Preventive Medicine, said people were exposed to considerably higher levels of radiofrequency electromagnetic radiation by storing their smartphones next to their skin rather than in a bag or on a desk.

“Many studies have indicated an increased risk of brain tumours from extended mobile phone use. However, there have been no epidemiological studies regarding smartphone exposure and breast cancer.  People should play safe and ensure they do not store their smartphones directly against their bodies,” Dr Redmayne said.

“Modern smartphones are equipped with installed applications that run automatically in the background to update information. This process generates electromagnetic radiation in addition to the regular signal contact with the nearest base station.

“The main outcome of this pilot study will be to assist in designing a cancer or tumour study, with a principal interest in breast cancer in women due to the observed habit of carrying a phone in the bra, directly against the breast,” Dr Redmayne said.

The study surveyed 197 Melbourne-based women aged 15-40 to find out where and how near to the body smartphones were carried and used.

The research discovered the most common location of the smartphone over the previous seven days when not in use or during passive use (using the phone for purposes other than phone calls) was off the body (86 per cent). However, the next most common was in the hand (58 per cent), in a pocket below the waist (57 per cent) or against the breast (15 per cent). A quarter of the women surveyed also indicated they had at some time carried the phone against their breast.

Only five per cent of survey participants were unaware that smartphones emit electromagnetic energy – the 21-30 age group was best informed on this.

When asked about health risks, the respondents were most concerned with sleep issues, cancer and headaches or dizziness. However, these sentiments did not seem to mitigate day-time storage behaviour, particularly in a pocket or near the breast.

“Interestingly there was a significant association between perceived health risks and smartphone storage mode adopted at night. This was due to those who had health concerns about the phone’s proximity and these women turned it off or put it into flight mode at night.

“With 89 per cent of 18 to 75 year olds owning a smartphone in Australia, knowledge on storage habits is important for assisting future health studies. Data from this pilot study can now be used to inform larger research projects on breast cancer or other cancers and smartphone use in women,” Dr Redmayne said.