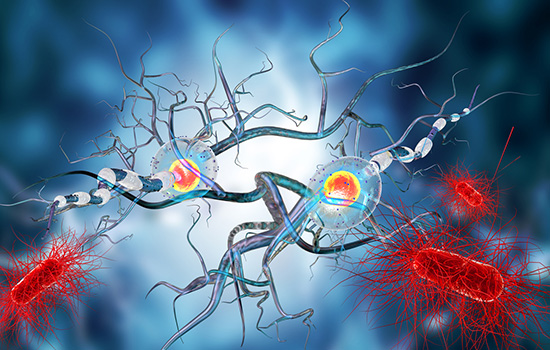 The University’s research team included Professor Nellie Georgiou-Karistianis, Dr April Philpott and Dr Tarrant Cummins of the Monash Institute of Cognitive and Clinical Neurosciences, and Professor Paul Fitzgerald of the Monash-Alfred Psychiatry Research Centre who is recognised around the globe for his transcranial magnetic stimulation (TMS) research.

Professor Georgiou-Karistianis, head of the Experimental Neuropsychology Research Unit at Monash University, has developed a world leading hub of Huntington’s Disease research spanning well over a decade. The hub has attracted millions of dollars in research funding and produced hundreds of neuroscience peer-reviewed journal publications. Huntington’s Disease is a hereditary neurological condition for which there is no known treatment or cure. The disease is progressive, and symptoms commence in middle age. Symptoms include excessive, uncontrollable body movements together with cognitive impairment and psychiatric disturbances.

Huntington’s Disease affects around six in 100,000 people. However, the rate of this disease is higher among Caucasians and in some geographical regions, such as Tasmania, where the prevalence is roughly double the overall level.

The research identified how several variations in genes, other than the actual mutant Huntington’s gene, modified the brain’s neurotransmitter pathways - or messaging systems - by influencing the excitatory and inhibitory profiles (similar to how a switch can be turned “on” or “off”) of surrounding brain cells. These same gene variants also influenced the age at onset of disease symptoms in affected individuals.

Dr Philpott, a former doctoral student from Monash University’s Experimental Neuropsychology Research Unit said that “outcomes from our research may not only advance treatments for Huntington’s disease, but also for other degenerative brain diseases not caused by a single gene, such as Alzheimer’s and Parkinson’s diseases.”

The research provided the basis of Dr Philpott’s Doctor of Psychology thesis.

The study focussed on people who had tested gene positive for Huntington’s Disease but had not yet developed symptoms, and compared them with patients who had already displayed signs of disease. There were 35 people recruited over four years, 18 pre-manifest and 17 symptomatic Huntington’s disease participants.

The research project utilised a novel technology to investigate the functioning of brain cells. Transcranial magnetic stimulation (or TMS) was used to measure the specific characteristics of individual brain cells. This novel approach has potentially high impact for future research by identifying brain targets for new drugs that might modify the progression of the disease, and the development of more personalised treatments based on individual risk factors.

“We believe that testing of additional genes might allow for more individualised treatment options, given the differences in underlying disease processes. This approach may provide increased accuracy for clinicians when discussing a patient’s prognosis; thereby assisting affected individuals in making important decisions for their future,” Dr Philpott said.

“Little has been known about the cascade of potentially reversible biochemical disease processes leading up to the death of neurons,” Dr Philpott said.

“The research findings revealed for the first time that non-invasive brain stimulation is an effective approach for identifying degenerative brain processes in Huntington’s Disease decades before gene carriers show any symptoms.”

Professor Georgiou-Karistianis said: “We showed that a pathway reliant on using the chemical messenger - known as ‘GABA’ - was dysfunctional and that this was occurring in brain regions previously thought to be affected during later stages of the disease only. We propose that cell receptors for GABA might be faulty in Huntington’s Disease. This would indicate that drugs targeting particular GABA receptor subtypes could be effective as preventative or symptomatic treatments in Huntington’s disease.”