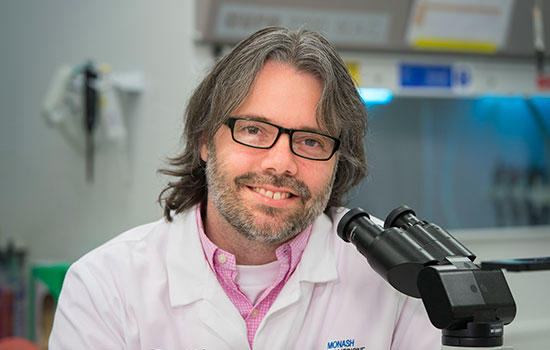 In what is likely to revolutionise the ability of doctors to turn cells from a patient into tissues and organs needed to treat disease, a technology called Mogrify, co-developed at Monash University, provides the template to turn cells into a heart, kidney or pancreas.

The research was carried out at the Monash Biomedicine Discovery Institute (BDI), officially launched today by Prime Minister the Hon. Malcolm Turnbull MP, at the University’s Clayton campus.

The Monash BDI is one of the largest biomedical research institutes in Australia, with more than 700 staff, over 120 research teams, close to 300 PhD students and an annual research budget in the vicinity of $50 million from the NHMRC, ARC, charities and industry partners.

According to Professor John Carroll, the Monash BDI’s Director, the Institute is focused on taking discoveries to market as quickly as possible and this new start-up company is a great example.

“Major biomedical discoveries need great scientists and research infrastructure. The Monash BDI is an exciting place for researchers to do their science and be supported to translate it for the good of society, the economy, and human health,” Professor Carroll said.

In January this year Monash researchers, in collaboration with colleagues at the University of Bristol, UK,  and Riken in Japan, published a landmark Nature Genetics paper which outlined a program, called Mogrify, that effectively provides researchers with the “recipe” for turning human cells into any desired cell from a tissue and organs such as blood vessels and cardiac tissue.

“Mogrify turns what had previously been a ‘hit and miss’ approach to creating specific cells from tissue and organs in the lab, to a fast, accurate system for generating cells for the clinic and pharmaceutical industry,” lead researcher, Monash BDI’s Associate Professor Jose Polo said.

Since the publication, the researchers at Monash University and the University of Bristol have created a spin-off biotech company, Cell Mogrify.  Funding from a UK angel investment group, will allow Cell Mogrify to provide and test the blueprints for turning cells into specific cells, highly needed in the pharmaceutical industry. This will be used in drug and toxicity testing as well as clinical settings.

The company, according to Professor Polo, is also using the Monash BDI laboratories to increase the suite of recipes for cell to tissue conversions.

“This exemplifies what the new Monash Institute is about – developing research and using the infrastructure and expertise across a range of areas, from cell development to commercialisation, to fast track therapies into the clinic,” Professor Polo said.