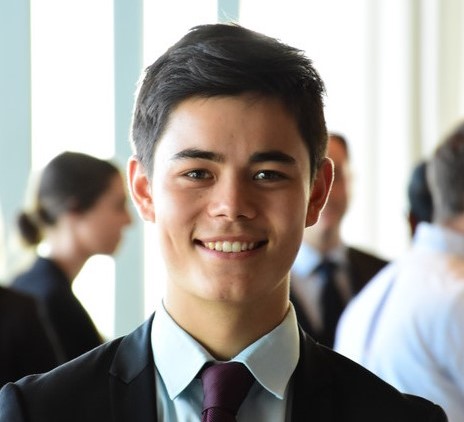 Monash University student Nicholas Young has won a prestigious Australia-at-large Rhodes Scholarship. He’ll travel to Oxford University in September 2021 where he hopes to study an MSc in Law and Finance.

Nick was one of two runners up for the 2021 Victorian Rhodes Scholarship in October, and in the running for one of three Australia-at-large scholarships, which were announced on December 2.

He will graduate from Monash in 2020 with a double degree, Bachelor of Laws (Honours) and Bachelor of Arts, majoring in International Relations.

He has a deep interest in the interaction between corporations and sustainability, with the ultimate goal of becoming an advisor and advocate for the transition to net-zero emissions.

Nick has held a number of leadership roles including his position as a senior facilitator with United Nations Youth Australia, where he has educated Australian high school students about climate change and corporate social responsibility.

“With this incredible opportunity I hope to use my mantle to transform how systemic risks posed by climate change, decarbonisation and the energy transition are understood by corporations and civil society,” Nick said.

“The magnitude and urgency of these matters compel me to work at the coal face, directly engaging with businesses and boardrooms - I also intend to assist in the development, promotion and implementation of soft law standards which are supporting corporations to actively disclose and manage climate change risks.”

Nick is one of two Monash University recipients of 2021 Rhodes Scholarships. Science graduate Kate Maddern won the prestigious 2021 Victorian Rhodes Scholarship and will also travel to Oxford University in September 2021, where she hopes to enrol in the BA (Philosophy, Politics and Economics) with senior status.

In addition, other Monash students to have been recently awarded Australia-at-Large Rhodes Scholars include Connor Rochford and Daniel D’Hotman.