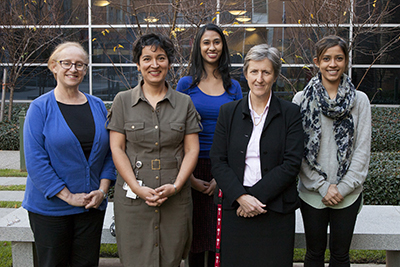 Dermal substitution (artificial skin) plays an important role in wound reconstruction after deep burns and injuries, providing a temporary seal to guard against infection and acting as a scaffold for tissue repair. Monash University researchers compared a fully synthetic alternative manufactured in Melbourne to an existing animal-derived product.

Previous data on BTM, which was originally discovered by the CSIRO, had been generated by PolyNovo and its collaborators. The skin culture lab, well placed to conduct in vitro, in vivo and clinical trials, has established animal models for skin regeneration that allowed it to contribute to testing.

The study was designed to test for an early response to wound contraction (which can be problematic), growth of new blood vessels (neovascularisation) and inflammatory response.

Both groups recovered well. The researchers found no wound contraction in either the BTM or Integra group and that BTM compared more favourably than Integra in terms of neovascularisation. This could be a clinical advantage as well-vascularised tissue may be more resistant to infection than non or poorly vascularised tissue, they concluded.

“The study has raised a few important points,” said Dr Akbarzadeh. “Compared to the existing material, BTM is a lot faster and it seems to be safe. The immune response is a very interesting observation and will need to be followed up,” she said.

“BTM is a promising dermal template that’s now in clinical trial at the Alfred.”

The Alfred trial using BTM for burns patients is at an early stage.

BTM is fully synthetic and the only product of its kind, Dr Cheshire said.

A fully synthetic dermal template would have advantages to existing treatments in terms of production; being cheaper to produce, easier to store and allowing manufacturers to scale up production.

Meanwhile, Dr Akbarzadeh, Dr Cheshire and colleagues are pressing on with their own development of artificial skin with the ambitious goal of developing a full thickness 3-D product. BTM replaces only the dermis of the skin – the thick layer containing skin appendages including blood vessels and sensory nerves – requiring a second stage to replace the epidermis, the protective outer layer.

The researchers are working with material engineers from the Monash Institute of Medical Engineering (MIME) to develop a matrix that replaces the epidermis, dermis and subcutaneous layers.