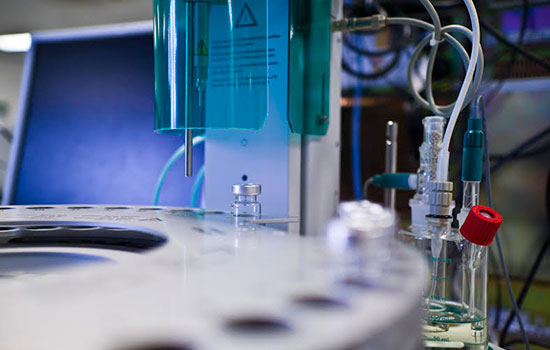 As part of the Victorian Government’s Future Industries initiative, Monash University is to lead the development of a world-class Medicines Manufacturing Innovation Centre (MMIC) it was announced today.

The Victorian Premier, the Hon. Daniel Andrews, said the State Government would invest $4 million in the Melbourne based centre that will help generate export growth for Victoria’s expanding pharmaceuticals industry.

The funding for the MMIC was welcomed today by the President and Vice Chancellor of Monash University, Professor Margaret Gardner AO.

“Monash’s position among the world’s five top universities in pharmacy and pharmacology, together with its excellent record of collaboration with industry, makes the University uniquely suited to lead the new Medicines Manufacturing Innovation Centre,” Professor Gardner said.

“The best way to protect Victoria’s leadership in medicines manufacturing is through investment in world-class research and innovation so Monash is very proud to be a part of this initiative,” Professor Gardner said.

Monash University is ranked number four in the world in pharmacy and pharmacology according to the 2016 QS World University Rankings. Monash collaborates on research with leading corporations such as GSK to generate better health outcomes for people around the world.

The MMIC announcement was made at the opening of the International Biofest symposium in Melbourne, attended by 1500 life science industry delegates from around the world.

Australia’s bio-pharmaceuticals sector is based in Victoria with more than 50 percent of ASX listed life science companies located in the state. Products made in Victoria include vaccines, respiratory and oncology medicines.

The MMIC will provide Victoria’s medicines manufacturers with access to specialist scientific capabilities to solve technical challenges as well as encouraging investment in research and development, high-tech manufacturing, skills development and collaboration.

It will be based on the successful centre model pioneered by the Monash Institute of Pharmaceutical Sciences and GSK, which was funded by the Victorian Government from 2009-2012. That centre’s success played a key role in the decision by GSK to remain in Victoria and to invest an additional $7.7 million in its “blow-fill-seal” advanced manufacturing capability located in the Melbourne suburb of Boronia, a decision that created 60 new highly-skilled jobs.

The Monash University executive responsible for the operations of the MMIC is Associate Professor Michelle McIntosh of the Monash Institute of Pharmaceutical Sciences.

“Pharmaceutical manufacturing in Victoria presents a unique economic and social growth opportunity. Victoria is home to 22 manufacturers who between them employ many thousands of workers directly, and create many times more jobs in the allied support areas,” Associate Professor McIntosh said.

The MMIC will support education by offering internships within manufacturing companies, giving students invaluable experience and training so they can confidently enter the workforce.

Since 2010, 85 students from the Monash Faculty of Pharmacy and Pharmaceutical Sciences have undertaken internships at GSK. Due in part to this valuable experience in the workplace, 100 percent of these students gained employment in the pharmaceuticals sector within six months of graduation.

“Our Bachelor of Pharmaceutical Science has been expressly designed to ensure that Victoria’s pharmaceuticals sector can draw upon the bright, knowledgeable graduates they need to grow their businesses, and that students are equipped with the right skills to succeed in the industry from day one,” Professor Bill Charman, Dean of the Faculty of Pharmacy and Pharmaceutical Sciences said.

“Real-world experience is a key part of that equation. The MMIC will be a boon to both our students and the businesses who employ them,” Professor Charman said.

The Monash Institute of Pharmaceutical Sciences is home to more than 200 research staff and postgraduate students who apply advances in drug discovery biology, medicinal chemistry and pharmaceutics to improve treatments for cancer, malaria, Parkinson's disease and other major health threats.