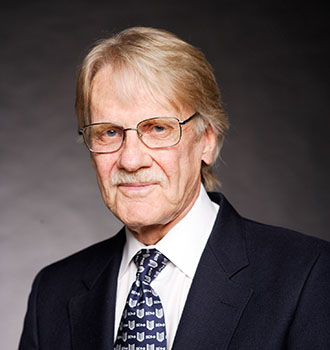 Monash University is hosting an evening with the pioneer of experimental economics and Nobel Laureate, Professor Vernon L. Smith, on 5 October at the State Library of Victoria.

Hosted by the Philosophy Department in collaboration with Monash Business School, Professor Smith proposes that it is when we challenge the validity of our personal beliefs that we stand to learn the most; when we must re-examine what we think we know and learn from the experience.

His talk is titled ‘Learning the Most from Proving Yourself Wrong: Three Examples’.

The examples he and many other economists once believed but were proved not valid include:

The event will be moderated by world-renowned political philosopher, Gerald Gaus, the James E. Rogers Professor of Philosophy at the University of Arizona.

This is a rare opportunity to see two great minds on the cutting-edge of social and political theory engage one another and the audience on issues at the intersection of philosophy, politics and economics.

Both of these thinkers share a deep interest in understanding how the complex interactions that characterise modern society are structured and governed by evolved norms and institutions, especially the importance of what Vernon Smith calls ‘ecological rationality’.

Awarded a Nobel Prize in 2002 for developing a methodology for testing assumptions about economic behaviour, Professor Smith has joint appointments with the Argyros School of Business and Economics and the Fowler School of Law, and is part of a team that will create and run the new Economic Science Institute at Chapman.

He is a distinguished fellow of the American Economic Association, an Andersen Consulting Professor of the Year and the 1995 Adam Smith Award recipient conferred by the Association for the Private Enterprise Education.

He has authored or co-authored more than 250 articles and books on capital theory, finance, natural resource economics and experimental economics.

Gerald Gaus is the current James E. Rogers Professor of Philosophy at the University of Arizona. The idea of a diverse, open society is the core of his most recent book, The Tyranny of the Ideal and he is currently working on another book, An Evolving Moral Order: Hayekian Social Philosophy for the Twenty-first Century. He is the author of numerous books and articles.

To register for this free public event, please click on the link.