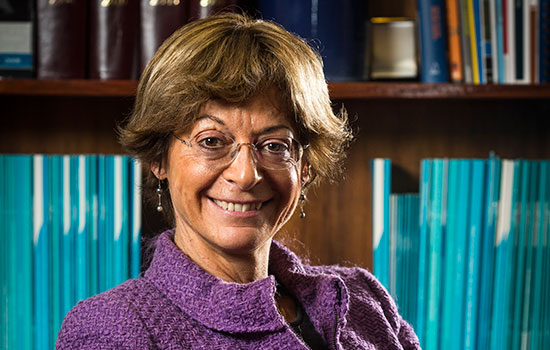 Victorian Ombudsman Deborah Glass and award-winning artist and author Leigh Hobbs are among the recipients of the 2016 Monash University Distinguished Alumni Awards presented at a Graduation ceremony at Clayton last night.

President and Vice-Chancellor Professor Margaret Gardner AO said the achievements and contributions of fellows and alumni were instrumental to Monash University’s record of excellence.

“Fellows and alumni are at the heart of a university's reputation, more powerful than any ranking table,” Professor Gardner said. “They are the tangible representation of what the Monash community can make possible.”

Presenting the awards, Chancellor Simon McKeon AO said the Alumni had made exceptional contributions in their fields and the stories and successes could only inspire others to make their own impact.

Art, Design & Architecture: Mr Leigh Hobbs (DipArtDesign DipEd) is an award-winning artist and author best known for his children’s books including Old Tom and Mr Chicken and was awarded the Australian Children’s Laureate 2016-2017.

Biomedical and Psychological Sciences: Professor Jason Mattingley (BSc(Hons) MSc PhD FASSA FAPS) has led pioneering research investigations into the neural mechanisms in health and disease. His work has led to a better understanding of how the human brain regulates learning and memory and coordinates motor responses.

Business and Economics: Dr Muliaman Hadad (SE(FEUI) MPA PhD) is an experienced banking and regulatory specialist having spent 25 years with Indonesia’s Central Bank and is instrumental in creating fundamental changes in Indonesia’s banks, capital markets and non-bank financial institutions. Currently, he is Chair of the Indonesia Sharia Economic Community and the Indonesia Economists’ Association.

Education: Ms Sophie Fenton (BA(Hons) MA DipEd MSchLdrshp) is the co-founder and Deputy Principal of the Sandridge School in Williamstown, Victoria,  whose philosophy is the championing of humanity, curiosity, active citizenship and entrepreneurial drive across teaching and learning.

Engineering: Mr Hock Goh (BEng(Hons) Adv Mgt Program INSEAD) is the Chairman of MEC Resources Ltd and Advent Energy.  Internationally, he is concurrently serving on the boards of Vesuvius PLC (UK), AB SKF (Sweden), StoraEnso Ojy (Finland), and Harbour Energy (USA) in addition to several privately held companies in Singapore and is a strong advocate of innovation and the growth potential of emerging markets in Asia.

Information Technology: Mr Ben Heyes (BComp LLM GradDipBanking) is passionate about the possibilities of technology and the application to societal enhancement and trust in the digital economy. He believes in creativity, innovation and the utilisation of both art and science.

Law: Ms Deborah Glass OBE (BA LLB) is the Victorian Ombudsman and committed to ensuring fair and reasonable decision making in the Victorian public sector and to improving public administration.

Monash Malaysia: Mr Joel Neoh Eu-Jin (BE(Hons)) is an entrepreneur, speaker and investor who studied Engineering at Monash University Malaysia campus before co-founding Groupon Malaysia and investing in a string of funds and start-ups across Asia. He’s a recipient of the Ernst & Young Emerging Entrepreneur of the Year Award in Malaysia and was named Young Global Leader by the World Economic Forum in 2013.

Faculty of Pharmacy and Pharmaceutical Sciences: Mr William Scott (BPharm F.DipMgt JP FPS FACP FAICD CDA Dip) is a respected pharmacy business owner who has won many awards recognising his involvement in the training of pharmacy assistants and technicians in Australia and the USA and for his role in the government review of Pharmacy Remuneration and Regulation.

Faculty of Science: Ms Mary Harney (BSc BA MAICD) is a respected member of the health, science and agricultural sectors in Australia and has held a number of influential roles in the medical and health sectors, biotechnology companies and private vaccine manufacturers. Currently, Ms Harney is involved in directing finances towards significant projects that will build a vibrant dairy industry.