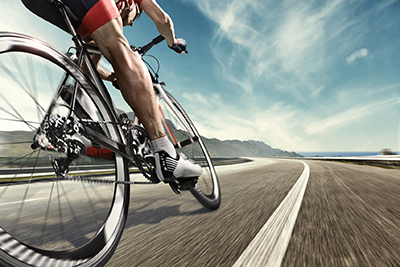 Researchers from Monash University have undertaken unique road accident research by turning their analysis to cyclists. Dr Ben Beck, from the School of Public Health and Preventive Medicine, with colleagues conducted interviews with 186 cyclists who were hospitalised following a cycling crash in Melbourne.

The results of this dynamic research, which have just been published in the journal Accident Analysis and Prevention, indicate that 69 per cent of (applicable) crashes occurred on-road, while 16 per cent occurred on bicycle paths and a further 15 per cent in other crash locations, such as mountain bike trials, BMX parks and velodromes. Of the crashes that occurred on-road, 52 per cent involved another road user, 72 per cent of which were motor vehicles.

Dr Beck said that the research findings tell the Melbourne cyclist story, that is, the majority of crashes are taking place on-road.

“Findings indicated that 22 per cent of all on-road crashes occurred while the cyclist was riding in a marked bicycle lane, demonstrating that cyclists are still at risk of injury when travelling in on-road bicycle lanes.”

“While some inner-city areas of Melbourne have introduced dedicated and separated bicycle lanes, this investment is not widespread across metropolitan Melbourne or state-wide,” said Dr Beck.

Anecdotally, bunch riding is an inherently risky activity as cyclists ride in close proximity to one another at high speeds; a single mistake can cause a domino effect whereby an entire bunch is bought down.

The authors suggest that caution must be used when undertaking bunch riding and bunch riding education may be necessary for the inexperienced.

“While separating cyclists from motor vehicles may reduce crash risk, our research highlighted the fact that injury severity was similar between on-road crashes and those occurring on bicycle paths. To combat such crashes and subsequent hospitalisations, consideration for speed zoning on shared paths may be necessary”.