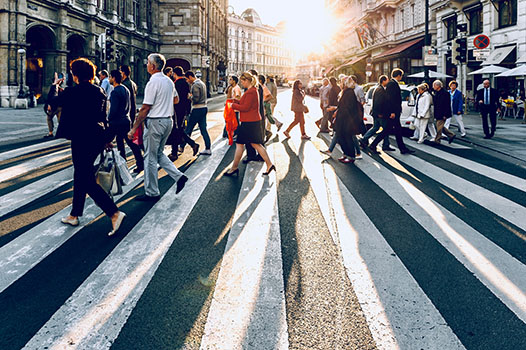 Australians have become more concerned about climate change, while their attitudes on immigration and democracy have remained stable over the past 12 months, according to new research from Monash University.

Released on Tuesday, the Scanlon Foundation Research Institute’s 2019 Mapping Social Cohesion Report is produced by Monash University researchers, and uses a survey with about 90 questions to gauge a nuanced understanding of shifts in public opinion on social cohesion and population issues.

Now in its 12th year, the report is the largest and longest-running research series of its kind, with a sample of more than 3500 respondents in 2019, reached online and via telephone interviews.

Report author Professor Andrew Markus, from the Faculty of Arts, said this year’s survey results found evidence of a large measure of stability, but also some concerning trends.

“In line with previous surveys, 90 per cent of respondents in 2019 reported a ‘great’ or ‘moderate’ sense of belonging in Australia, 84 per cent indicated they’ve been ‘very happy’ or ‘happy’ over the past year, and 62 per cent were ‘very optimistic’ or ‘optimistic’ about Australia’s future,” Professor Markus said.

Concern about the quality of government as the most important problem facing Australia was at its lowest level (6 per cent) since the question was first asked in 2011, and the proportion who believe Australian democracy “works fine” or “needs minor change” (58 per cent) was consistent with previous years.

Concern about climate change recorded a major spike in 2019.

“When asked about the most important issue facing Australia, in the context of 15 varying issues, 19 per cent of people – twice as many as last year – nominated climate change. This represents the equal largest increase in a year for any issue since the surveys began,” Professor Markus said.

Concern about the environment was most pronounced among young adults – 43 per cent of those aged 18 to 24 nominated it as the most important issue – and lowest among those aged 35 to 44 (12 per cent) and the over-75s (8 per cent).

Immigration was a major political issue in 2018, but in line with the findings of two other recent surveys, the 2019 Mapping Social Cohesion results picked up a slight lowering in concern about the current immigration intake, with 41 per cent of people feeling the intake was “too high” (compared to 43 per cent in 2018).

“Consistent with previous years, there’s majority agreement that accepting migrants from different countries makes Australia stronger, and more than 80 per cent of respondents agree that multiculturalism has been good for Australia,” Professor Markus said.

“The area where there is concern, however, is on the impact of immigration on quality of life.”

Negativity around these issues is more pronounced in self-completed online surveys than it is in telephone interviews. In the self-completed survey, a substantial majority of respondents were concerned about the impact of immigration on “overcrowding in cities” (70 per cent), “house prices” (60 per cent), government failure to “manage population growth” (57 per cent), and immigration’s impact on “the environment” (58 per cent).

Over the course of the surveys, respondents have been asked if they’ve experienced discrimination in the past 12 months because of their skin colour, ethnic origin or religion. Forty-two per cent of Muslims report experience of discrimination, 38 per cent Hindu, 24 per cent Buddhist, and 15 per cent  or less of the major Christian faith groups.

Although the 2019 findings point to a largely positive outlook, close analysis of Scanlon survey responses over the past decade provide a long-term perspective and draw attention to potentially important shifts in opinion.

“While questions on sense of belonging and happiness have consistently obtained positive responses since the Scanlon surveys began, there’s been a significant decline in the proportion with strongly held positive views.

New questions examining attitudes on globalisation and international affairs also uncovered emerging issues to be monitored over the coming years.

“From a list of four countries, respondents selected China by a large margin as Australia’s most important economic partner today, and the expectation was of increasing Chinese influence 10 years from now,” Professor Markus said.

“However, just 28 per cent agreed that they had confidence in China doing the right thing regarding Australia’s economic interests.”