Offshore detention: Australians have a right to know what is done in their name 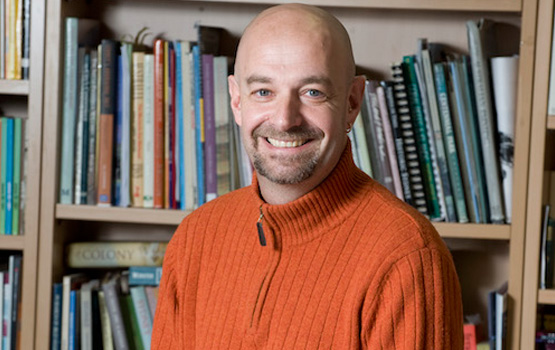 How did one of the world’s most-successful multicultural countries made up of refugees and immigrants end up harming children who came to us seeking protection and help? One of the answers to this question is secrecy.

Successive Australian governments, both Labor and Coalition, have dehumanised refugees and kept Australians in the dark about what really goes on in the offshore detention centres on Nauru and Manus Island.

The cornerstone of the strategy is to limit public access to information. The policy started by the Rudd Labor government in 2013 has been put into overdrive by the Abbott and Turnbull Coalition governments.

There are three pillars to the secrecy strategy:

Australian journalists have found it very difficult, bordering on practically impossible, to obtain visas to visit Nauru. Applying for a media visa for Nauru comes with an A$8,000 fee – which is non-refundable even if the application is rejected.

The only journalists to be granted visas in the last two years filed stories that did not properly investigate or challenge the Nauruan and Australian governments' versions of the situation for refugees.

This means the two governments directly and indirectly control who is allowed onto the island to tell the refugees’ stories of how they are treated. This leads to speculation that serves no-one – not the refugees nor the Australian government nor the public.

The second issue with outsourcing refugee processing to another country is that neither Nauru nor Papua New Guinea has Freedom of Information (FOI) laws. This means an important journalistic tool is missing when it comes to seeking information.

This, combined with the poor FOI history of Australia’s Department of Immigration and Border Protection (and its predecessor), which have repeatedly blocked and delayed requests, makes obtaining raw and unspun information about offshore refugee processing a time-consuming and frustrating task.

Wilson Security is contracted to provide security in the offshore centres.

The 2010 amendments to the federal FOI Act significantly strengthened the requirement on government agencies to obtain information from a private contractor when asked to do so.

However, contracting out adds another layer of complexity to using FOI effectively. The practical consequences are longer processing times, delays and the increased possibility of the contractor claiming the information can’t be released due to commercial-in-confidence issues.

The section effectively stops current and former staff, including those from volunteer organisations such as Save the Children, speaking out about conditions in refugee detention centres.

It is nigh-on impossible to see how this gag section can be in the public interest. But it is easy to see how it is in the government’s political interest.

What are the consequences?

The consequence of the fortress of secrecy built on these three pillars is that Australians don’t know what is being done in their name on Nauru and Manus Island.

It also means the refugees are dehumanised. Suffering children and families become numbers instead of human beings.

Every one of the nearly 1,300 refugees currently on Nauru and Manus has heartbreaking and crucial stories to tell. If Australians were allowed to hear and see those stories, the centres would have been closed a long time ago.

If offshore detention is to continue, the Australian government should:

We don’t need a Senate inquiry or royal commission to figure out what needs to be done. More than enough evidence is available thanks to the Nauru files, former detention centre staff sharing their experiences, and the Australian Human Rights Commission’s report on children in immigration detention. The government must do the decent and right thing by the refugees and the Australian public.

Dr Johan Lidberg works in the School of Journalism and Australian Studies within the Faculty of Arts.