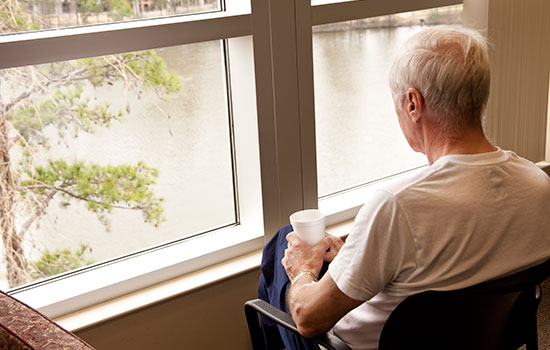 A 13-year Monash University study has examined deaths due to physical restraint of people living in nursing homes, in Australia. The study reveals that while the number of deaths is small, at five, the true figure is likely to be greater because of under-reporting and there is the likelihood that restraints are still being used in nursing homes.

The study recommends alternatives to this practice are needed especially as in the future more people will develop dementia. It follows the December 2016 Australian Law Reform Commission Discussion paper which recommends greater scrutiny of the use of restraints in nursing homes.

According to the Monash study, four of the five residents who died from physical restraint had diagnosed dementia. Monash Department of Forensic Medicine Professor, Joe Ibrahim, said residents with dementia were three times more likely to be physically restrained.

As the number of people with dementia is estimated at 225 million globally by 2050, with over half residing in nursing homes, Professor Ibrahim warned that the use of physical restraints would increase unless action was taken.

“Aged care facilities must focus on creating a dementia-enabling environment and utilising alternatives to restraint. Behavioural symptoms exhibited by persons with dementia must cue staff to consider unmet needs of the resident and not simply trigger restraint,” the report recommends.

In addition, the study’s authors raised concerns over the fact that in Australia while there are recommended standards, there are no bodies governing the use of physical restraints in aged care facilities.

Published in the leading UK journal in geriatric medicine, Age and Ageing, the study was a retrospective review of residents dwelling in accredited nursing homes in Australia whose deaths due to physical restraint were reported to the (state and territory) coroners between 2000 and 2013.

The study found that five deaths were recorded of nursing home residents due to physical restraint over the 13 year period. The median age of residents was 83 years, and all residents had impaired mobility and had restraints applied for falls prevention. In all five cases, death was caused by neck compression and entrapment by the restraints resulting in restraint asphyxia and mechanical asphyxia respectively.

Professor Ibrahim said that any physical restraint use in nursing homes was of concern because of the potential for physical harm including death, psychological harm, and infringement of human rights.

“Over the last decade, a ‘restraint free’ model of care in nursing homes worldwide has been promoted, however, physical restraint remains overused.

“And the perception that restraining residents prevents falls is misplaced as despite the use of restraint, residents still fall from chairs or beds resulting in death,” he said.

The prevalence of physical restraint use varies greatly across countries including: from 12-49 per cent in Australia, according to a 2014 Alzheimer’s Australia report; over 31 per cent in Canada; and up to 37 per cent in the US. According to Professor Ibrahim, the frequency of deaths from restraints appears to be rarely collated, and if so, it is not often publically available, making it almost impossible for any genuine international comparisons.

In Australia, ‘nursing homes’ provide permanent and respite residential aged care to people who can no longer be supported living in the community. Residents are predominantly female, aged over 80 years, and 60 per cent have a diagnosis of dementia. Professor Ibrahim said that although there was growing support to reduce physical restraint use, no mandatory standards govern the use of restraint in nursing homes. However, the use of physical restraint had been identified by the National Aged Care Quality Indicator Program as an intervention that if reduced will contribute to better quality of care and an improved quality of life for consumers.

The Report in Detail:

All five deaths occurred in metropolitan regions. Four occurred amongst individuals residing as permanent residents for seven months or longer. One resident was a temporary resident admitted two days prior to the incident for respite care. Four of the residents had been diagnosed with dementia and all impaired mobility. Residents were considered high falls risks; four had a documented history of repeated falls.

Types of restraints included seat belts, bedrails and cot-sides - consisting of mesh sections on the side of beds. In four cases the Coroner deemed the use of the restraint appropriate. In Case-3 the Coroner concluded the restraint was inappropriate because staff had improvised a belt from a lifting machine. This belt was too short and was fastened across the resident’s legs instead of behind the chair.

The mechanism of harm and cause of death were ascertained by a forensic pathologist following autopsy and formulated as ‘neck compression and entrapment by the restraints’ in all cases. Neck compression from slipping down in their chair resulting in the lap restraint applying direct pressure on the neck occurred in two residents. Entrapment occurred in three residents where the person fell out of bed becoming entrapped in the cot-side webbing or between the bed rails, resulting in mechanical asphyxia.