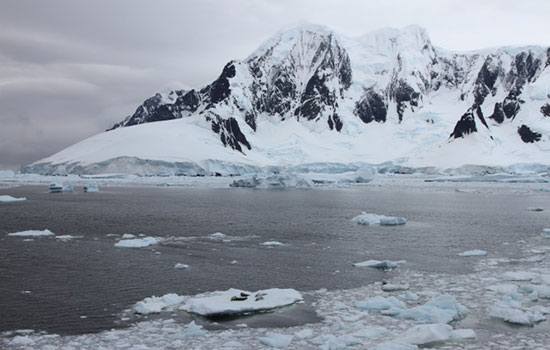 An international study led by Monash scientists has debunked the popular view that Antarctica and the Southern Ocean are in a much better environmental shape than the rest of the world.

The study, published today in PLoS Biology and involving an interdisciplinary group of 23 researchers compared the position of Antarctic biodiversity and its management with that globally using the Convention on Biological Diversity’s (CBD) Aichi targets.

“The results have been truly surprising,” said lead author and Head of the School of Biological Sciences at Monash, Professor Steven Chown.

“While in some areas, such as invasive species management, the Antarctic region is doing relatively well, in others, such as protected area management and regulation of bioprospecting, it is lagging behind,” he said.

The study found that the difference between the status of biodiversity in the Antarctic and the rest of the world was negligible.

“Overall, the biodiversity and conservation management outlook for Antarctica and the Southern Ocean is no different to that for the rest of the planet,” Professor Chown said.

The Aichi targets are part of the Strategic Plan for Biodiversity 2011–2020, adopted under the CBD, to assess progress in halting global biodiversity loss.

Yet they have never been applied to Antarctica and the Southern Ocean – areas which together account for about 10 per cent of the planet’s surface.

“Despite our findings, there are great opportunities for positive action,” said Monash co-author Professor Melodie McGeoch.

“The agreements under the Antarctic Treaty System lend themselves to effective action, and nations have recently reinforced their desire to protect the region’s biodiversity.”

This latest analysis by scientists ensures that future assessments made under the Strategic Plan for Biodiversity 2011–2020 will be truly global.