President Trump will change the United States and the world, but just how remains to be seen 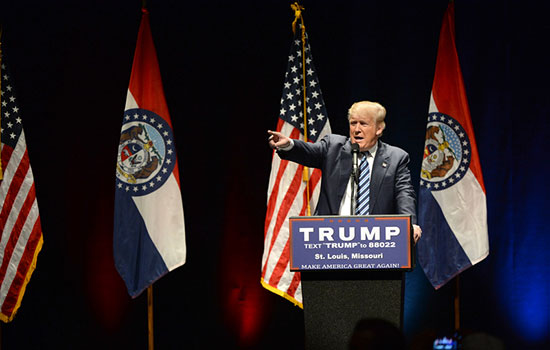 Donald Trump is not as odd to Americans as he is to Australians. Remember that Republicans will retain control of the Senate, the House and many State governments. Mainstream Republicans voted for him in droves.

The financial markets reacted quickly and badly to Trump’s likely election. That will almost certainly turn out to be an over-reaction. Economies change gradually, and governments have less power to move them than most people think. The underlying trend in the US economy has been one of sustained if slow strengthening. This will almost certainly continue.

For Australia too the economy appears to be strengthening. Commodity prices seem likely to be stronger, government revenues stronger, and unemployment seems likely to fall. My guess is that a President Trump will make less difference than most of us assume.

President Trump will get to make a number of appointments to the US Supreme Court. This will change the majority in the Court towards a much more conservative line on social issues. The various “rights” movements will be slowed as a result. And because justices stay on the Court for decades, the impact will be long-lasting and US cultural tensions will intensify.

The second major area is America’s positioning in the world. The long period where America’s position on issues was predictable, where America supported freer trade and helped move the world towards more open engagement, is likely to change. We won’t know how far Clinton might have reversed traditional policies on trade, but she was clearly an internationalist, Trump is not. I think Trump’s moves will not be helpful but I also remember opposing Ronald Reagan’s “star wars” defence strategy. It seems certain the world will be less predictable but we won’t know for a long time how that plays out.

The Australian press is likely to go into meltdown about the outcome. Trump challenges their ideas of civilised discourse and many of their values. The correct approach is to separate the issues. As democrats we should bemoan the way people have engaged in slanging matches rather than constructive debates. As democrats though we should also accept that differences in values need to be expressed through the political system and not disparaged. We need to engage with alternative views, not censor them or rubbish them.

This article has appeared in The Conversation