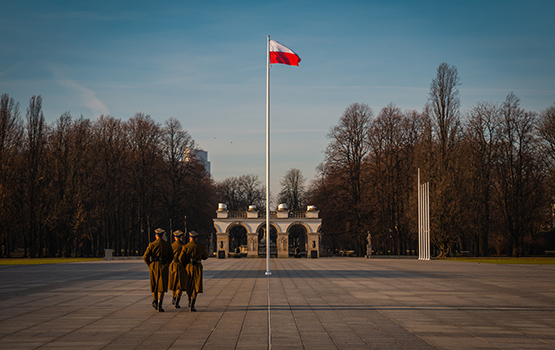 A study on Polish migrants after World War II highlights the importance of education in reducing economic and social marginalisation.

Governments should prioritise education to help reduce the economic and social marginalisation of the world’s 65 million refugees, an international study has found.

As forced migration – through interstate wars, civil conflict and natural disasters – continues to grow by the day, researchers from Australia, France and the USA found descendants of forced migration valued the education of their children more and assigned a lower importance to material possessions.

The study shows Polish people from the Kresy territories of Eastern Poland – uprooted at the end of World War II when these territories were absorbed into the former Soviet Union – invested heavily in education rather than material possessions.

Researchers also showed that higher education due to forced migration translated into better market outcomes. Ancestors from Kresy were found to be earning 10 per cent higher incomes, more likely to be working in white-collar occupations, and less likely to be unemployed, compared to other Poles.

More than two million Poles had been forced to move from the Kresy region by 1950.

“Economists have long entertained the idea that being uprooted by force or expropriated increases the subjective value of investing in ‘portable’ assets, in particular education,” Professor Becker said.

“The mechanism behind the ‘education advantage’ of forced migrants also has important policy implications in the face of large refugee flows seen in many parts of the world today.”

Researchers conducted an ancestry survey in Poland’s (formerly German) Western Territories revealing information about more than 12,000 people from across present-day Poland, as well as from Kresy. The survey compared the educational levels of the forced migrants from Kresy, voluntary migrants from Central Poland and of Poles who had already lived in the Western Territories before the war.

While pre-war education levels in Kresy were lower than in the rest of Poland, descendants of those forcefully moved from Kresy are substantially more educated today than descendants of other Poles.

“Our research offers a glimmer of hope for descendants of those experiencing persecution and expulsion from their homelands,” Professor Becker said.

“While the international aid community considers education as an important factor contributing to the reduction of economic and social marginalisation of refugees, our results show the benefits of providing schooling for forced migrants may be even higher – and more persistent – than previously thought.”

The study, titled ‘Forced migration and human capital: Evidence from Post-WWII population transfers’ can be accessed from https://papers.ssrn.com/sol3/papers.cfm?abstract_id=3173648.