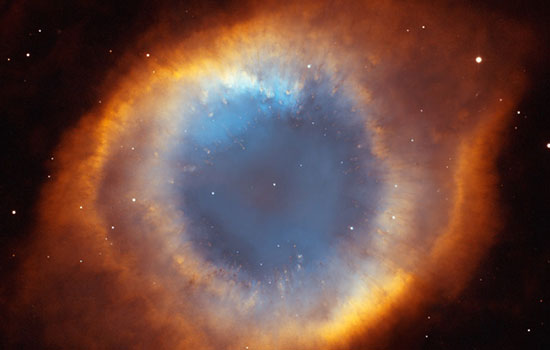 International research involving Monash University has solved a long-standing puzzle on the origin of stardust recovered from meteorites.

The new research, published in Nature Astronomy, has identified the effect of a nuclear reaction in the dust grains.

The Solar System was born out of a nebula where the rock-forming elements were locked inside dust grains, said lead researcher, Dr Maria Lugaro, an Adjunct Senior Research Fellow at the Monash Centre for Astrophysics, and the Momentum Project Leader at the Hungary-based Konkoly Observatory.

“Some of this dust was made around stars, being effectively tiny condensed pieces of stars,” Dr Lugaro said.

“While most of the original dust was destroyed to make up new dust, rocks, and planets, including the Earth, a small fraction of stardust survived the destruction process.”

This special dust can be used to trace the evolution of the nebula from which the planets were born and to understand the physical processes inside the stars where the grains formed.

Stars with initial mass roughly six times larger than the Sun are seen by infrared telescopes to produce huge amounts of dust, but researchers could not find any dust from these stars in the Solar System meteoritic record.

However, the new research sheds light on this problem by identifying the make-up of some meteoritic stardust grains, and the effect of the nuclear reactions that occur in these particular stars.

The breakthrough was possible thanks to an improved measurement of the fusion reaction between nuclei of hydrogen and a heavy type of oxygen.

“This is an outstanding discovery which will help us to accurately account for dust production in galaxies, which has wide consequences for other areas of astrophysics, from star and planetary birth to studies of the most distant galaxies” said the study’s second author, Monash Senior Lecturer Dr Amanda Karakas.

The identification of the dust was made possible due to an investigation by Laboratory for Underground Nuclear Astrophysics (LUNA) of a crucial nuclear reaction. LUNA has pioneered measurements at the lowest accessible energies over the last 25 years.