Sleep disorders and the disturbance of the internal body clock 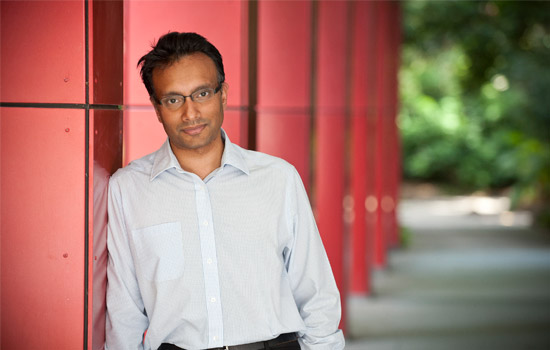 We spend 25 years of our life sleeping. Within our brain’s hypothalamus there is a dense cluster of cells that act as a master body clock, which has evolved to keep time with the 24-hour solar cycle.

The master clock in our brain is synchronised to the day/night cycle and also coordinates time in other peripheral body clocks inside organs throughout the body.

Monash University’s Professor Shantha Rajaratnam, who is based at the Monash Institute of Cognitive and Clinical Neurosciences (MICCN), says these internal clocks regulate the timing of your sleep-wake cycle and many other physiological processes, to optimise health and functionality.

As a part of the internal signal for sleep at night in humans, the master body clock controls the release of the hormone melatonin. However, in modern times, artificial light has become virtually ubiquitous, and has a substantial impact on the body clock and the release of melatonin.

“The abnormally late body clock that delays sleep timing and results in inadequate sleep over time has adverse effects on our physical and mental health, and also our productivity and wellbeing,” says Professor Rajaratnam.

According to research funded by the National Health and Medical Research Council, DSWPD patients who have a delayed body clock were four times more likely to have depressive symptoms compared to patients without a delayed body clock. This project further highlighted the importance of an objective diagnostic test for the disorder.

Of 182 people with delayed sleep habits in a randomised controlled trial, 43 per cent of participants diagnosed with the disorder by a clinician did not have abnormal body clock timing. Professor Rajaratnam says that the possible causes of the delayed sleep pattern in those without abnormal body clock timing include insomnia and evening light exposure (and the lack of morning light exposure).

In order to improve the accuracy of diagnosis, Monash University, the University of Sydney and Flinders University suggested biological testing be used for DSPWD.

This test will measure the concentrations of melatonin in body fluids such as saliva, helping to separate the influence of body clock malfunction from other factors contributing to delayed sleep.

A follow-up Monash study has shown that administering melatonin is an effective treatment for the disorder.

Monash University’s Dr Sean Cain is exploring how the sensitivity of the body clock to light may predispose individuals to DSWPD. This research may lead to novel tests of vulnerability to DSWPD, through testing light sensitivity.