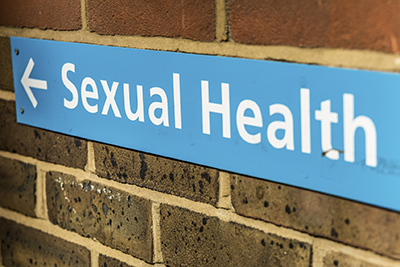 The temperature rises, the rosé flows freely, the barbeque and party invitations are plentiful and online dating spikes. Summer is the season when we’re out and about more and - anecdotally - having more flings.

Melbourne Sexual Health Centre researchers investigated whether sexual activity was in fact seasonally different and if there was a correlation with sexually transmitted infections (STI).

Led by PhD student/clinician Dr Vincent Cornelisse, the researchers analysed data from people attending the Melbourne Sexual Health Centre in a nine-year period from 2006 to 2014, conducting separate analyses of men who have sex with men (MSM) and men who have sex with women (MSW), and of women.

Previous studies into seasonal sexual activity had been conducted in the US and UK, but this was the first in the world to compare seasonal differences in sexual behaviour with STI diagnoses.

Supervised by Professor Kit Fairley, the researchers asked about the patients’ sexual activity three months prior to their appointments, including about use of condoms, and compared this with STI data, then compared the data across seasons.

In MSM urethral gonorrhoea was used as evidence of sexually transmitted infection; while non-gonococcal urethritis (NGU) was used for MSW, and pelvic inflammatory disease (PID) for women.

This was accompanied by a small increase in STI diagnoses in summer, though this seasonal difference was limited to urethral gonorrhoea in MSM and NGU in heterosexual men – PID diagnoses in women were found to peak in autumn, possibly due to a delay in diagnoses.

Among men who have sex with men, the spike in diagnoses was larger than increases in partner numbers would have indicated, suggesting that other factors were at play. The researchers noted that the increase in STI diagnoses was restricted to individuals with a high number of sexual partners, and speculated that this could be due to the use of networking apps bringing high-risk men into contact with other high-risk men and amplifying the difference in diagnoses.

Dr Cornelisse said further research was needed to tease out whether increased sexual activity in summer was due to changes in libido (US studies have suggested that testosterone is higher in men in summer) or due to increased social opportunities for sex such as holidays.

He cautions against extrapolating the study’s findings to the general community yet and hopes to broaden the research to other Australian cities.

The study, nominated as the editor’s choice in the June edition of the journal Sexually Transmitted Infections, was also highlighted at the British Association for Sexual Health and HIV (BASHH) at Oxford in July.