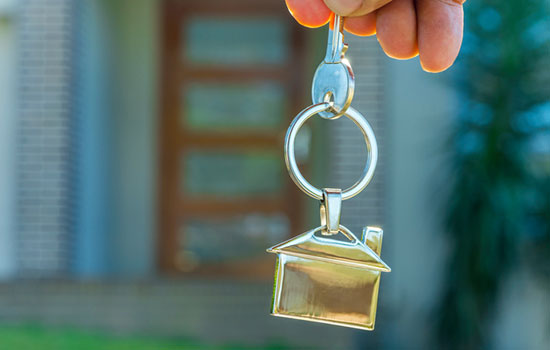 There’s no doubt there are differences between the experiences and opportunities of young people compared to their parents. But when you enter the smashed avocado debate of baby boomers versus millennials, you overlook the inequality between members of the same generation. This also misses other ways inequality is perpetuated, such as through the intergenerational transfer of wealth.

It’s uncomfortable for many to admit but Australia is a hugely unequal society, both in terms of incomes and wealth. Australian households in the top 20 per cent account for half of the income stream, that’s about 12 times more than the bottom 20 per cent. At the far ends of the distribution, the average weekly after-tax income of the top 5 per cent is 13 times that of the bottom 5 per cent.

But this isn’t just an artefact of wealth in different generations. There are multiple ways we can glean this, most notably in relation to poverty.

Among the presumed gold plated baby boomer generation, some 34 per cent of those over 65 years old live below the poverty line (incomes 60 per cent the median average income). Using a more extreme measure of the level of poverty (an income of less than 50 per cent of the average income), the latest ACOSS data shows that 13 per cent of over 65s fall into this category – the same proportion as the 15-24 cohort. For the 25-65 age group, this figure is 12 per cent.

While older people who own their homes are more likely to do so without still servicing a mortgage, this is a shrinking number of people. And while the proportion of young adults aged 25-34 owning a home has dropped from 39 per cent to 29 per cent over the last decade or so, recent HILDA data shows this decline is mirrored across age groups. This indicates a more widespread issue than one that sits the “haves” and the “have-nots” either side of a generational divide.

For example, looking at the differences between young people, there is a case for noting them as a generation with less. But they are also a generation where some have a lot less than others.

For some, that means less education – the fact is that the majority of people do not go to university. This means that conversations about a generation stifled by student debts tell only part of the story, not to undermine the significance of student debt.

Being a graduate has economic returns relative to not having a degree. Graduate status has a bigger impact on salaries in the mid to late 20s.

Higher education participation has increased for all socioeconomic status groups in recent years. However, there is a clear relationship between highest level of education among 20-24-year-olds and their parents occupational background.

Children of managers and professionals, for example, make up 49 per cent of those with degrees, versus just 15 per cent coming from machine operator and labourer backgrounds. In terms of disengagement, the proportion of 20-24-year-olds not in education employment or training grows higher every step down the socio-economic status ladder.

Generations unite and work together

Challenges for younger generations, such as getting on the housing ladder or finding secure, well-paid work, are very real. However, navigating these challenges depends on young people’s differentiated access to support and family resources. Today’s generation of young people are hugely divided in the ways they are propped up by their parents.

There’s debate about whether Australia’s over 55s will engage in the “great transfer” of their current A$3 trillion dollar wealth pot via posthumous inheritance. Some contend baby boomers will use their wealth to instead to maintain their living standards for a longer than ever retirement period.

Yet, as well known economist Thomas Piketty notes, there is considerable international evidence suggesting a growing trend of parents “gifting” wealth to their children earlier in their lives. For example, recent research from New Zealand shows this process is establishing almost as much wealth inequality within the generation of people aged 38, as within the total population.

In Australia, intergenerational transfers have recently been shown to increase inequality. Data shows parents gift their children by helping them to circumvent borrowing constraints and deposit requirements to buy property or manage their housing costs.

Parents, especially from elite and upper-middle-class backgrounds, are finding new ways to help their children maintain their social and economic status earlier in their lives. The young generation, then, are often inextricably bound up with the lives of the older generation in ways that ought to be examined.