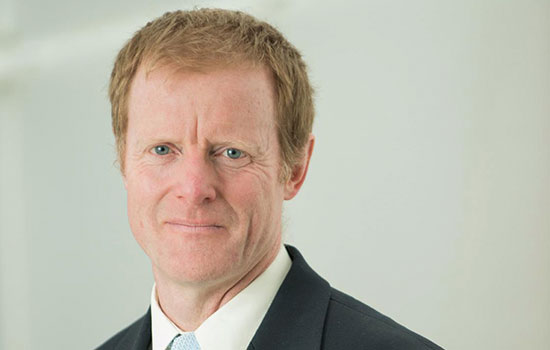 Two of Victoria’s leading research minds from Monash University and the University of Melbourne have received the state’s most prestigious scientific award, the Victoria Prize for Science and Innovation, for world-leading research into how the immune system identifies and fights disease. This recognises the collaboration of two pioneering researchers who have worked collaboratively over 15 years of technical innovation.

NHMRC Australia Fellow, Monash University Professor Jamie Rossjohn, and University of Melbourne Deputy Vice-Chancellor (Research), Professor James McCluskey, received the Victoria Prize for Science and Innovation at a ceremony in Melbourne tonight (Tuesday 29 November), celebrating a long partnership that has, amongst many finds, led to a pioneering understanding of how T lymphocytes from the immune system recognise harmful microbes. Their research could assist the treatment of inflammatory bowel disease, peptic ulcers, tuberculosis and lead to better vaccines and diagnostic tools.

"Innovation in science and medical research allows us to develop new skills, create new products and access new markets that will not only enhance the lives of many Victorians, but will drive our economy into the future,” Minister Dalidakis said.

"Congratulations to Professor Jamie Rossjohn and Professor James McCluskey for receiving Victoria's highest scientific honour. It's fantastic to see our state's leading researchers being recognised for the work they do – they are the reason we are a world-leading medical research hub," Minister Dalidakis concluded.

Not only is Victoria home to a world-class critical mass of creativity and brainpower, but the state has an unparalleled suite of cutting-edge research institutes and facilities, technology platforms and data centres that creates an unparalleled medical research ecosystem.

Professor Rossjohn said the research partnership mirrored the Victorian biomedical research sector’s technological evolution, with the State Government’s decades of vision and commitment paying dividends that will continue to be realised into the future.

“When I completed my PhD in 1994, the computing power was a fraction of that of the smartphone now in my pocket. It took essentially the entire duration of a PhD to determine a protein structure, but now, fortunately, with the advancement of technologies, research progress in this vital area of biomedical science can be much more rapid,” Professor Rossjohn said.

“The investment in the Australian Synchrotron by the Victorian Government has really propelled our research,” Professor Rossjohn added. “Prior to 2008, we used to collect data in overseas synchrotrons. The facilities overseas were great, but very limiting in terms of access: it was very hard to be internationally competitive until the Synchrotron came along,” he explained.

“To have such a world-class facility on our doorstep has been of enormous value to our research. It means we can compete with the best in the world in a sustained manner.”

Professors Rossjohn and McCluskey noted that their success aligned with significant investments in infrastructure from Monash and Melbourne Universities along with the State of Victoria.

“The University of Melbourne has invested in state of the art flow cytometry facilities and other platform technologies in the Doherty Institute and Bio21 Institute,” Professor McCluskey said. “And, Monash has invested in sophisticated imaging platforms, including crystallisation robotics forming part of the Monash Biomedicine Discovery Institute.”

“Across our state the combination of clinicians, medical researchers, cutting-edge laboratories, biomedical companies and landmark research infrastructure provides an amazing and seamless network of moving parts dedicated to finding new and better ways of treating the diseases that affect so many Victorians,” Professor McCluskey said.

Committed to making the discoveries that will relieve the future burden of disease, the newly established Monash Biomedicine Discovery Institute at Monash University brings together more than 100 internationally-renowned research teams. Our researchers are supported by world-class technology and infrastructure, and partner with industry, clinicians and researchers internationally to enhance lives through discovery.