‘We must keep the lights on’: how a cyclone was used to attack renewables 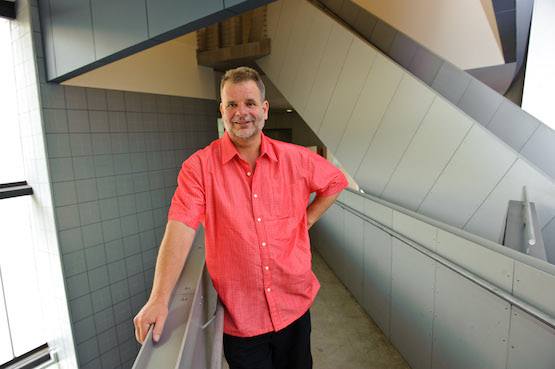 The consequences of the superstorm could have been dire – both from the direct effects of the wind and floods but also for the life support systems that depend on electricity. 1.7 million residents lost power as winds reached 120km/hour.

Yet in the midst of South Australia being in a state of emergency, federal Coalition ministers launched what seemed to be a co-ordinated and, for many, outrageous campaign against renewable energy.

It was co-ordinated in that Prime Minister Malcolm Turnbull, Deputy Prime Minister Barnaby Joyce and Environment and Energy Minister Josh Frydenberg all spoke from the same script: that “energy security” is Australia’s number-one priority. Or, as Frydenberg also put it:

We must keep the lights on.

Turnbull spoke of the extremely “aggressive” renewable energy targets the states have put in, which ironically are helping the federal government meet its own targets as part of UN framework agreements. And this in an environment where both major parties have just agreed to cut A$500 million from the Australian Renewable Energy Agency.

Along with Turnbull, Frydenberg was able to concede that severe weather was the source of the blackout. But the cyclone became a mere footnote to a full-frontal assault against renewables, which was taken up by mainstream media around the country. It sometimes became a bigger story than the storm itself.

Frydenberg continued the crusade over the weekend. He declared:

Joyce’s appearances on radio put the panic over renewables well ahead of the storm’s potential dangers. He compared the one-day blackout to the dark ages and put it down to bad planning, of which wind power was seen to be public enemy number one.

Joyce pointedly refused to acknowledge the storm as the cause of the blackout, and instead regressed to his well-known anti-wind rhetoric:

For these ministers, putting out a message that renewables were to blame because, they argued, they could not deliver a stable power system to South Australia, was an urgent priority that could both kill any climate message while denigrating renewables.

In a way what they did was very clever. As I have argued elsewhere, extreme weather presents the best opportunity for communicating climate stories.

That is, people are looking for an explanation as to why catastrophic weather is affecting them, and pointing to the link with between extreme weather and climate change is very persuasive at these times. But the Coalition’s campaign hijacked such messaging by simply swapping climate change with renewables.

The anti-renewable campaign was also outrageous. It was an affront to those who were confronting the storm’s immediate dangers and discomfort. But far more outrageous than this was the hypocrisy of drawing a link between the outage and renewables, rather than to climate change. The latter connection has been so vehemently rebuked by the Coalition during past extreme weather events.

During the NSW bushfires in October 2013, Abbott government ministers declared that talking about climate change during a “natural”/unnatural disaster to be taboo. This was in response to Greens MP Adam Bandt, who had linked the fires to climate change.

There has been a terrible tragedy in NSW and no-one anywhere should seek to politicise any human tragedy, let alone a bushfire of this scale.

Given how progressive Turnbull himself has been on climate change in the past, this co-ordinated attack on renewables only demonstrates how captive he is to the right wing of the party and to the fossil-fuel industry.

Turnbull’s declaration on the day after the blackout was to “end the ideology” of the states pursuing renewables too aggressively. Ironically, what all of the polls around climate change show in the last five years is that enthusiasm for renewables is consistently high across Australia.

Perhaps Turnbull believes that if something is popular it must be ideological by definition. This departs from the idea that ideology is actually a worldview in the service of power – for example, the corporate power of fossil-fuel companies, which stand to lose much by the aggressive pursuit of renewables.

But the Coalition campaign got a huge lift from the ABC in the form of an opinion piece by political editor Chris Uhlmann. He says:

Renewables are the future but, today, they present serious engineering problems. To deny that is to deny the science.

Those problems can be sorted in time, but rushing to a target to parade green credentials exposes the electricity network to a serious security risk and, in the long run, risks permanent reputational damage to the renewable energy cause.

Uhlmann took his piece to national TV with a PowerPoint presentation during the ABC’s evening bulletin the day after the blackout. He claimed that only coal and gas could provide continuous energy or “synchronous supply”, and that renewables fail to do this.

The story really made it look like renewables were to blame. Yet his story in no way reconciled his teacherly diagrams with a soundbite from the Australian Energy Market Operator (AEMO) in an earlier story – that:

Energy generation mix was not a factor in the power blackout.

Uhlmann’s story mentioned that the main interconnector with Victoria had failed, but then focused on renewables as a problem, while claiming the AEMO advised him that the causes of the blackout were yet to be identified. He failed to mention what he had in his online article, which was that AEMO also advised:

Initial investigations have identified the root cause of the event is likely to be the multiple loss of 275 kilovolt (kV) power lines during severe storm activity in the state.

Anyone who saw the images of the toppled and mangled transmission towers could easily figure out that if electricity has no way of being transmitted, it really does not matter where it comes from.

This is the point Labor politicians were trying to make. But they did not get a very good run, because the Coalition’s media blitz had been much more planned.

But neither did Labor politicians, including Bill Shorten, make the alternative link to climate change. South Australian Premier Jay Weatherill was a little more effective, saying:

This was a weather event, not a renewable energy event.

But he also did not go further.

Uhlmann’s report was preceded by a pre-cyclone story posted on the ABC website last week which claimed renewables had caused an astronomical spike in energy prices in South Australia on a July day when the wind was not blowing. But the headline belies the reality that a privatised system of energy supply enables the kind of price gouging that was seen on that day, especially as the interconnector with Victoria was also down.

The interconnectors across Australia are very important, as Australia actually has one of the largest continuous grids in the world. This means that as long as we manage the grid itself, with “better planning” we will be able to avoid blackouts.

The importance of managing grids, and “distributed energy” that may use home storage as well, is the key to continuity. Otherwise, it is very easy to see outages, as was the case in the US in 2003. Then, long before renewables were significant, a single tree branch touching an overloaded power line turned off the lights for 50 million people in the US and Canada.

Managing a reliable grid is important, but it never seems to have occurred to federal Coaltition politicians that “good planning” is to aggressively cut emissions – which is exactly what many states are trying to do. This reduces the amount of energy in the climate system that ends up as increased water vapour and flooding, increased storm intensity, and many other forms of extreme weather.

Shorten, like Turnbull, knows that recent polls are showing climate change is returning a high level of concern, and has missed an opportunity to link the storm to climate – something the Abbott government had always considered must be avoided at all costs.

Turnbull’s team has managed to divert attention away from climate and go one better than the Abbott government by attacking renewables all in one campaign. For the fossil-fuel industry and the Coalition’s climate deniers alike, this was one perfect storm.

Dr David Holmes is a Senior Lecturer in the School of Media, Film and Journalism.