When political self-interest decides donations rules, what chance reform in the public interest? 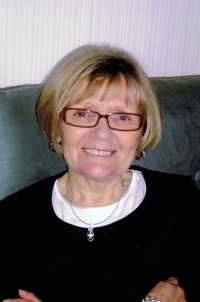 This was an attempt by Shorten to shift the spotlight from Dastyari’s indefensible conduct onto an issue he knew would capture the attention of the electorate and media. His proposals included the suggestion that the disclosure threshold be lowered from A$13,200 to A$1,000.

But this does not go far enough. The matter that needs urgent attention – one Shorten did not advocate – is the cap that should be placed on all donations from corporations, trade unions, individuals and third-party entities.

A cap at $1,000 would tackle the issues of undue influence and policy capture that swirl around the current donations regime. To ignore the need for a modest cap places personal and party interests before the public interest, yet again.

However, it was good to hear Shorten admit that much harsher penalties are needed for those who do not comply with political donation laws. This is particularly pleasing because for seven years Shorten failed to declare some donations, including $40,000 from a director of Unibuilt. This money was used to hire his campaign manager when Shorten first stood for parliament, and covered the period February to November 2007.

Shorten’s memory was only jogged a few days prior to his appearance before the trade union royal commission in July 2015. He suffered no penalty because of inadequate disclosure laws.

It will be interesting to see how harsh the penalties for non-compliance will be in the soon-to-be-introduced Labor bill on donations reform.

But what about the government?

Prime Minister Malcolm Turnbull has suggested the political donations issue is complex. In relation to third-party entities in particular, it is.

He has also indicated that the Joint Standing Committee on Electoral Matters (JSCEM) should be asked to examine the issue. This is particularly worrying given the disregard the government showed for that committee’s 2011 report and to the committee process more generally.

The JSCEM saga gets worse on two fronts. The first refers to the government’s relatively recent reply to a JSCEM inquiry. The second concerns the committee’s chairpersonship.

The Senate referred an inquiry into political donations to the JSCEM in October 2015. It was asked, among other things, to inquire into:

How many of the recommendations made by the Joint Standing Committee on Electoral Matters in its 2011 report … into the funding of political parties and elections campaigns were accepted by government and how may have been implemented?

What factors, if any, are contributing to any delays in implementing the accepted recommendations of the report?

In light of this direction, the JSCEM wrote to the government in early December 2015 seeking a response. The government replied in the Speaker’s schedule of outstanding responses. It included the following:

… given the passage of time and the change of government, the government does not intend to respond to the report.

I have written elsewhere that “this is an unacceptable – some might think disgraceful – response to a key public policy matter”, particularly as political donations policy has the potential to affect most other public policy issues.

Regrettably, the JSCEM saga does not end there. In a little over a year five different people have chaired the committee, with some serving for only a matter of weeks.

This is an unacceptable approach to the formulation, implementation and evaluation of the federal political donations regime. It demonstrates the importance the government places on the committee’s workings.

At the time of writing, we are yet to learn who will chair the newly constituted JSCEM. It could well be a different person, which would bring the number of chairpersons, within a very short period, to six.

In any well-functioning democracy, the public interest must always take precedence over personal and party interests.